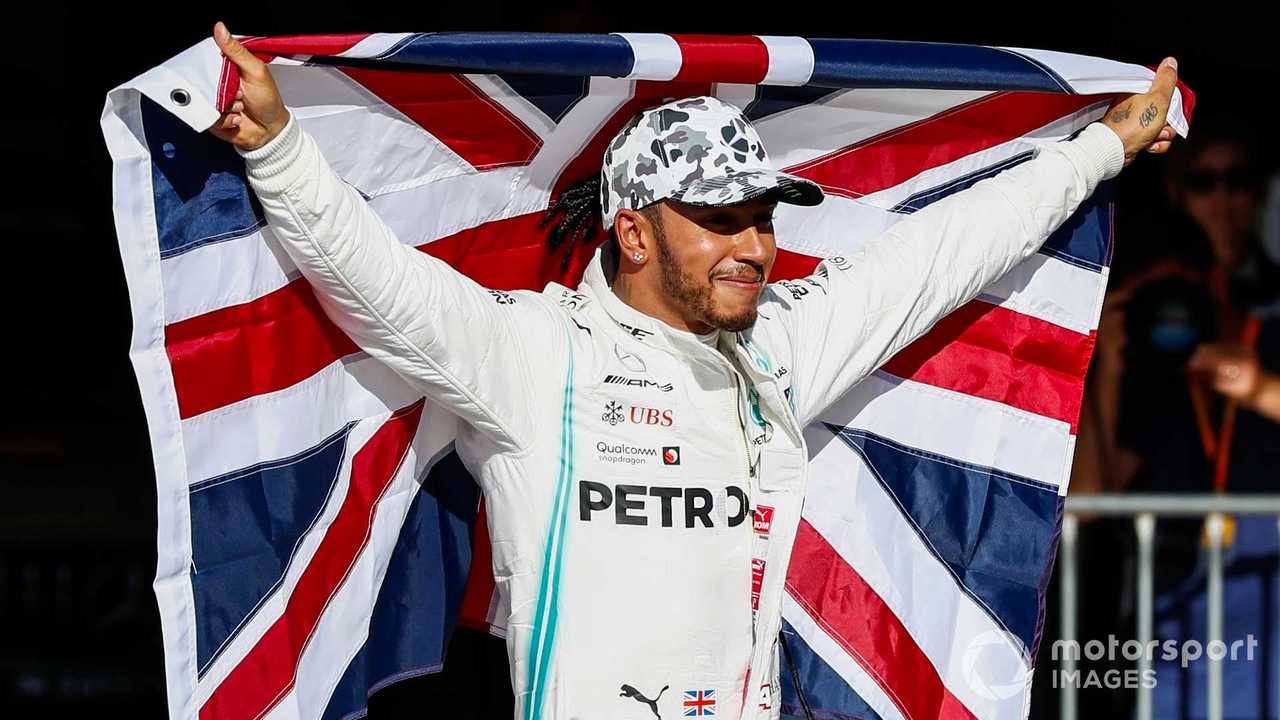 Lewis Hamilton clinched his sixth Formula 1 title despite being passed for victory late on by Valtteri Bottas the United States Grand Prix.

Hamilton jumped both Ferrari drivers on the opening lap and was then only one among the leaders to execute a one-stop strategy, which elevated him above Bottas and Max Verstappen.

Hamilton's sixth world championship, his fifth with Mercedes, appeared a formality before the start of the grand prix as he only needed to finish eighth to wipe Bottas out of mathematical contention.

However, victory for Hamilton seemed less likely after a disappointing qualifying meant he started behind Bottas, Sebastian Vettel, Verstappen and Charles Leclerc.

Hamilton was ahead of both Ferraris halfway round the first lap, clearing Leclerc immediately then executing a bold move on Vettel around the outside of Turn 8 at the end of the sweeping Esses sequence, that gave him the inside line into tighter left-hander of Turn 9.

Once in third, Hamilton slowly started to build pressure on Verstappen, who had picked up minor front wing damage at the first corner.

Verstappen passed Vettel around the outside of Turn 1 at the start and though he backed off as race leader Bottas moved wide on the exit, there was a tiny amount of contact.

That gave Verstappen a balance offset throughout the grand prix, and meant by the time he pit first on lap 13 – committing to a two-stop strategy – Bottas was several seconds clear and Hamilton was on his tail.

Mercedes responded by stopping Bottas one lap later to retain track position against the threat of the undercut, which was successful, while Hamilton continued until lap 24.

That set up a split of strategies that handed Hamilton track position once Bottas and Verstappen stopped for a second time, and the leaders only converged again in the final few laps.

Bottas moved within DRS range of his teammate with six laps remaining and the next time round Hamilton ran slightly wide into the hairpin, giving Bottas a better run onto the back straight.

Hamilton covered the inside line as Bottas drew alongside and briefly ahead on the outside, but Hamilton braked later and Bottas had to take to the run-off on the exit of the corner.

However, on the next lap Bottas was able to move inside Hamilton with DRS at the same place, and completed the pass without trouble.

With no chance of responding to Bottas, Hamilton's attentions turned to keeping Verstappen at bay for second.

Verstappen's front wing issue meant he never quite got back on terms with Bottas after dropping back early in his second stint, but he caught the ailing Hamilton with three laps to go and was granted "full power" in his bid to steal second.

However, a yellow flag – caused by Kevin Magnussen having what looked like a brake failure and ending up in the gravel – removed a key overtaking opportunity for Verstappen, who had to settle for third.

Charles Leclerc finished a distant fourth as Ferrari's strong run of form came crashing to a halt in a dismal race.

Leclerc had a slow first stop as he wound up 52s behind Bottas in fourth, but teammate Vettel failed to finish at all after a left-rear suspension failure early on.

Vettel had already slumped to seventh from his front-row start after struggling with massive understeer in the early laps, then his car broke on lap eight.

Alex Albon came through to finish fifth despite hefty contact with Carlos Sainz on the opening lap, having been squeezed between Leclerc and the McLaren.

Albon had to pit at the end of the first lap because of the damage his Red Bull suffered but he charged back through with two strong stints.

Daniel Ricciardo finished sixth and best-of-the-rest for Renault after overhauling the two McLarens.

Lando Norris had a later second stop that allowed him to pick off his midfield rivals and clinch seventh, ahead of Sainz who lost ground early on thanks to his first-lap clash.

Nico Hulkenberg enjoyed a late-race charge to nick ninth in the second Renault, while Daniil Kvyat passed Sergio Perez for the final point on the last lap but is under investigation for the move that won him the place.