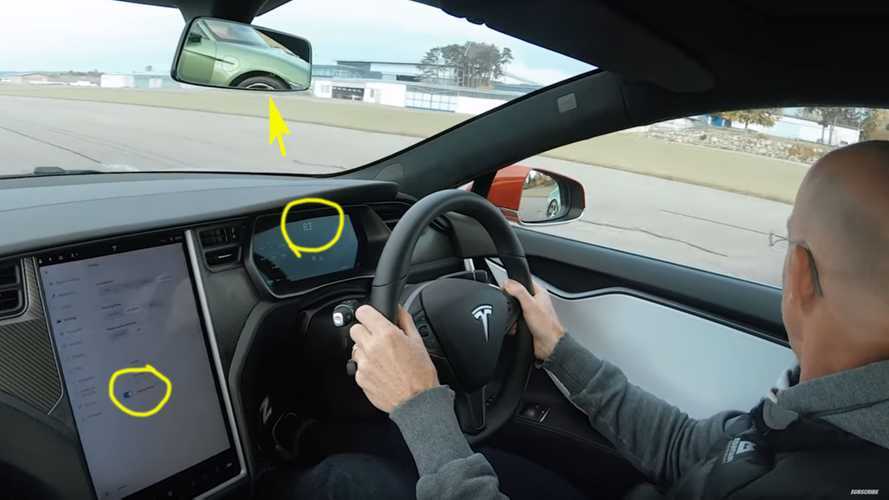 Top Gear tries to clarify but waters muddy as Musk wades in.

If you thought the controversy over the recent Top Gear video was over, we have news for you: it's not.

The BBC-owned publication issued a statement yesterday in an attempt to clear up the situation, explaining why it used fake numbers in its video that matched a Porsche Taycan against a Tesla Model S. Meanwhile, at the other side of the pond, Tesla CEO Elon Musk weighed in on Twitter (natch). First, let's look at the TG clarification.

In a post published yesterday on the website portion of the Top Gear franchise, the editors admitted that they used fake numbers in their article. If you suspected the reason behind that was some simple bumbling or loss of the fresh figures, you'd be wrong. They claim they went with the fake digits – they were originally generated during an older comparison of the Tesla Model S versus the Mercedes C63 – because they were actually better than the best results produced in this latest test. Yes, it's a head-scratcher.

Was Tesla vs Taycan race faked by Top Gear? [UPDATE]
⠀

Besides offering this nonsensical explanation, the site also defended its testing procedure, saying, "...we ran the drag race five times and the Porsche won every time by a small but increasing margin with each subsequent race." It also added that, "... the Tesla was in Ludicrous+ mode, the battery was pre-conditioned and both cars had around 85 percent charge before the first run."

The problem with this explanation is that it doesn't add up if you pay attention to the video. While we can't speak to the quarter-mile result, it certainly doesn't appear as though the Taycan records a better 0-to-60 time in the first few seconds of the race. Check out the footage beginning at the 55-second mark. Clearly, the Model S pulls ahead and stays there for at least the initial four seconds, presumably reaching 60 miles per hour quicker. Also, as you can see in the image at the top of this post, the Model S is clearly ahead of the Taycan above 83 mph.

Of course, it could be that this bit of interior footage was just recorded for dramatic effect and delivery of the (lame) neck-brace joke and wasn't part of the recorded results, but there is no way to know.

As we mentioned, Elon Musk also had some comments about the video. We updated our post yesterday with his tweet siding with the DragTimes analysis that correctly called out the fudged numbers. He later also tweeted out that "Putting Model S in range mode is the opposite of launch mode, as it minimizes performance in favor of range" in response to an assertion made by a piece in Teslarati: "...the graphics on the vehicle’s MCU and instrument cluster do not feature the same settings as a Model S with its maximum performance enabled."

The range-mode setting can be seen quite well in this screengrab (embedded below) posted by Twitter user Nafnlaus. It certainly doesn't help the Top Gear case.

So, after all this back and forth, what do we know? Well, I think we can all agree that the Tesla Model S Performance and the Porsche Taycan Turbo S are pretty closely matched when it comes to straight-line performance. How closely remains to be seen, however.

While it may very well be that the Taycan was quicker in the quarter-mile mile as Top Gear asserts, it is also true that the Tesla Model S Performance can run about a second faster on a drag strip than it did, apparently, on the TG runway. The question is, can the Porsche Taycan also accelerate that much quicker on the sticky surface that a proper track presents? We suspect we'll find out soon enough.