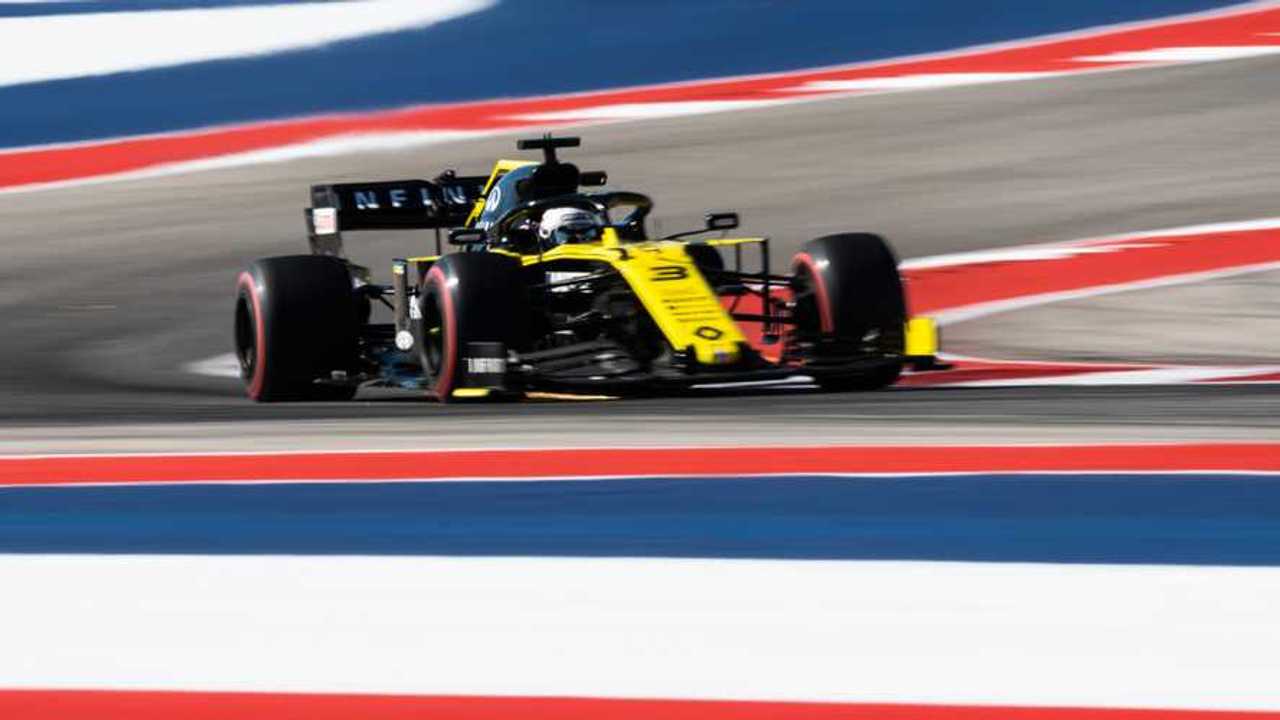 The bumpy Austin track has been defended by several Formula 1 drivers at the United States Grand Prix, including Daniel Ricciardo saying “perfect” circuits feel like driving in video games.

World champion Lewis Hamilton said he was left with a “massive headache” after Friday’s opening practice session at the Circuit of the Americas, as others lambasted a “completely unacceptable” track surface that appears to be much bumpier this year.

The pitlane exit, entry to Turn 2 and rise at Turn 9 have been cited as the worst places, but Ricciardo said he did not have a problem with the bumps and “jumps” he experienced.

“I actually prefer this than something that's perfect,” said the Renault driver. “Then it feels like video games.

“Some corners are uncomfortable but it actually adds a bit of character and feeling to the circuit, and it keeps you awake.

“It's certainly challenging but it's a challenge. It’s not like any other circuit.”

Ricciardo admitted the surface change at the pitlane exit was “a bit of a nasty one” but reiterated his preference for those sorts of features rather than a track that’s “ironed smooth”.

“Now when we come to Austin, we know we're prepared for and you know that it's not going to be smooth sailing around here,” he said.

“Especially the modern circuits, some of them are kind of too perfect.

“So I like that this one has a few inefficiencies with it. It's fine, and I think there's not really anywhere which is really bad and we can't drive.

“The cars are all staying together, no one's fallen apart, so I think we’re OK.”

Max Verstappen and Sergio Perez intimated it is a surface that risks injury, either through the movements it puts the driver through in the car or crashes.

However, Ricciardo’s Renault teammate Nico Hulkenberg disagreed with that suggestion.

“It’s not painful, but dynamic,” said Hulkenberg. “You get moved around a lot in the seat.

"But I quite like it, it gives some extra character and flavour to the circuit. We have a lot of very smooth circuits and a couple of bumpy ones.

“It’s different, it’s not the usual bumpiness. The soil is moving, it’s like a wave and ‘dent’ bump. It’s specific.”

Hulkenberg said he did not think it amounted to a dangerous situation but admitted the big stop at the end of the back straight could catch drivers out.

“If you go off-line there’s quite a few nasty ones where maybe on Sunday, you’re flat out and in a straight line, there’s nothing you can do,” he said.

“I remember a few years back I almost lost the car a few times there. Usually you don’t go there until lap one. And hope it’s good!”

Romain Grosjean shunted his Haas heavily early in FP2 after appearing to lose the rear of his car on a bump during the high-speed Esses in the first sector.

However, he described the circuit’s bumps as “pretty cool”, with the exception of the “bit harsh” and “slightly painful on the lower back” area under braking for Turn 1.

“The rest I think gives some character to the circuit and is pretty cool,” he added.