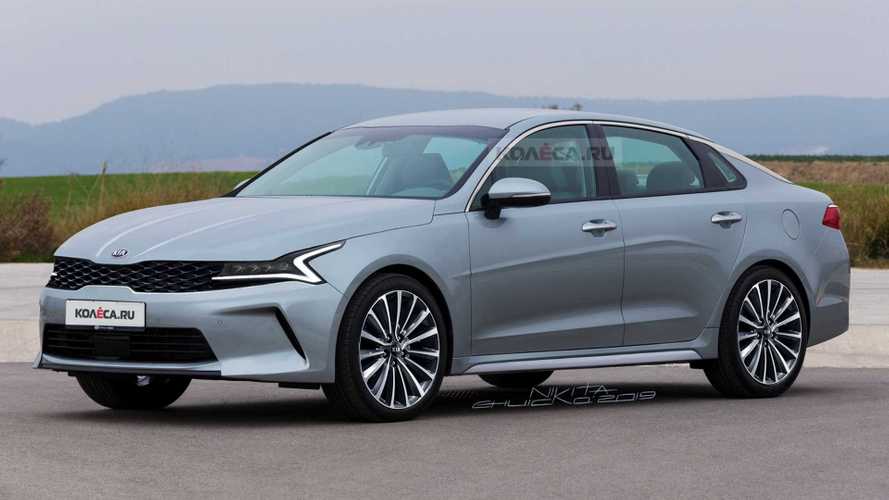 It won't be long until we see the model in its full glory.

Our first rendering of the new Kia Optima from June this year proposed an evolutionary approach for the design of the overhauled saloon. However, the first spy photos followed by the first teaser images confirmed we’ll be dealing with a drastically different look for the South Korean model. And these new renderings from our pals at Kolesa.ru try to unhide the car and reveal all its awesomeness.

And even though the body lines are not that different from today’s car in this virtual drawing, the front end makes all the difference. The bolder front fascia might tempt you to say this is an entirely different car positioned above the midsize saloon. By the way, it’s a bit surprising that Kia is already cooking up a replacement for the current model but there’s no denying the new wider “tiger nose” grille will turn the Optima into a far more stylish car than.

And while the front end might be overstyled for some, the rear is just spot on. The LED stripe connecting the taillights gives the saloon a more premium feel and even fools our eyes into believing this is a Genesis product. Multi-spoke, two-tone turbine-style wheels round off the exterior design.

The single teaser image of the interior released so far revealed a fully digital instrument cluster joined on the right side by an extra-wide infotainment screen. The South Korean manufacturer seems to be relying on fewer physical buttons on the center console, while the large gear lever of today’s car will be replaced by a tiny rotary shifter. Overall, the dashboard has a much cleaner look we’re eager to see in real life.

The mechanically related Hyundai Sonata already hinted at the design direction of the future Kia and Hyundai models. The new Optima should follow suit and we can’t wait to see the finished product. This should happen in the not-so-distant future.