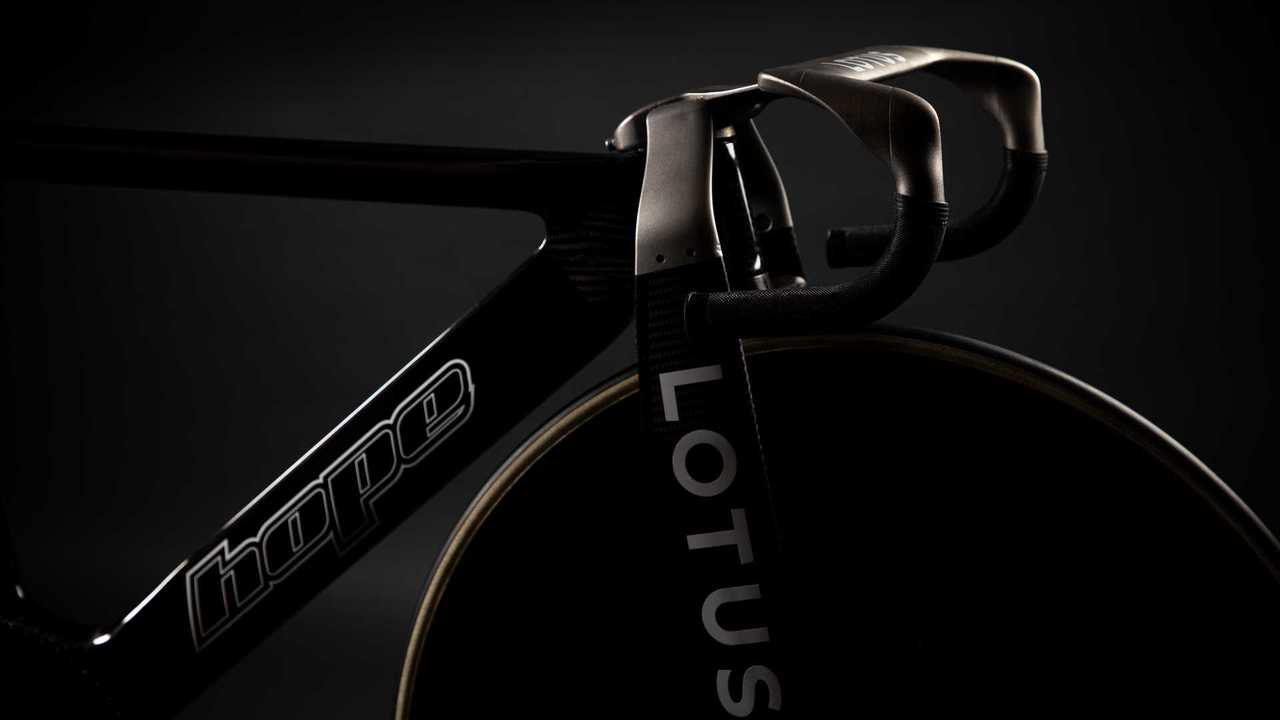 The sports car maker's first bicycle since the 1990s.

Lotus has unveiled the racing bicycle it has developed in partnership with Hope Technology.

The bike, Lotus' first since the 1990s, will be used by the Team Great Britain cycling team at the Olympic games in Tokyo.

Fear not, lotus still does cars

Lotus to go all-electric in next-decade

Lotus Engineering has developed a unique front fork design and handlebars for the new bike alongside bike component manufacturer Hope. The developments were fine-tuned in a wind tunnel – both the bike itself, and the bike and rider combination were evaluated in the wind tunnel. Lotus also worked on improving stiffness and front end feel to improve rider confidence.

Much of the bike's development work began after the 2016 Olympic games when cycling's governing body, the UCI, made changes to the rules regarding bike development. At the time the English Institute of Sport (EIS) passed on key information to Lotus and Hope, allowing them to hit the ground running with their bike development.

"Lotus has always been at the very cutting edge of lightweight racing performance with its cars, and now – after 25 years away from cycling – we’ve collaborated to apply the same Lotus core values to this new track bike," said Miguel Fragoso, executive director of Lotus Engineering. "We look forward to working with British Cycling as testing continues towards next summer’s Olympics."

Ian Weatherill, managing director of Hope Technology, added: "We have created the frame using high-modulus composites with fabric woven in UK, the in-house team has unrivalled engineering expertise with 30 years of composite experience and two Olympics behind them. Together we have refined the manufacturing method to make a superior product."

Lotus previously worked on the design and development of Chris Boardman's bikes, helping him to a gold medal at the 1992 Olympics in Barcelona, and a prologue time trial win at the 1994 Tour de France.

Before it is used in next year' Olympic games, the bike still needs to be approved by the UCI and be ridden by the Great Britain Cycling Team in the 2019/2020 Tissot UCI Track Cycling World Cup series before the end of 2019. Its debut at the Minsk-Arena velodrome in on 1-3 November will be followed by a maiden 'home' appearance at the Sir Chris Hoy Velodrome in Glasgow on 8-10 November.

"It’s a dream team of engineering prowess – Hope Technology bring high quality manufacturing standards and Lotus Engineering is renowned for lightweight design and outstanding aerodynamic efficiency," said Tony Purnell, head of technology for the Great Britain Cycling Team. "Both have been supported and advised by additive manufacturing experts Renishaw, who have ensured that Lotus and Hope have access to the most modern and fastest turnaround process from design to usable pieces."

"Following a terrific effort from our sponsors to bring this bike into reality, we have the task of evaluating the bike together with the English Institute of Sport to ensure it’s going to have the right performance in Minsk and Glasgow, and of course in Tokyo, and providing feedback to Hope and Lotus engineering teams.”