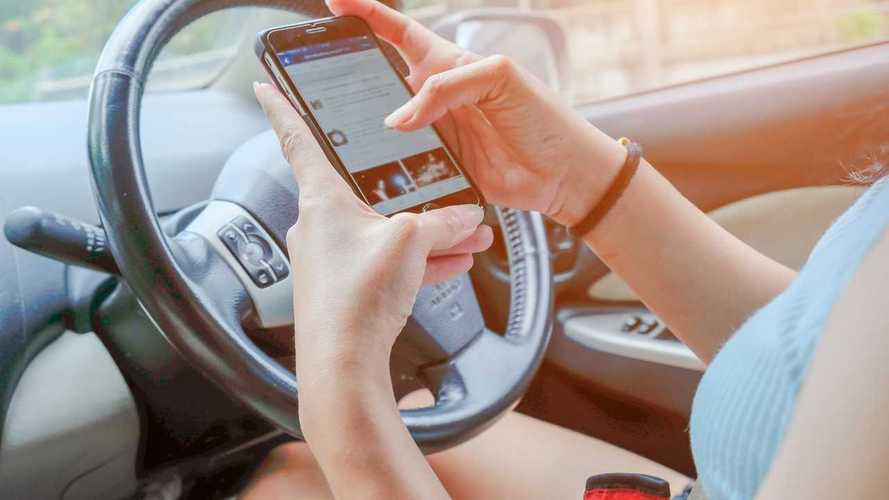 New laws will ensure motorists can be punished for using their phone to take pictures while driving.

The government has announced plans to close a “legal loophole” that has allowed drivers to escape prosecution for using hand-held mobile phones behind the wheel.

More on phones and driving:

At present, the drivers are banned from using a hand-held mobile phone to make or receive phone calls or text messages. However, because the rules only outlaw “interactive communication”, lawyers have successfully argued that people caught filming or taking photos while driving cannot be punished.

Transport Secretary Grant Shapps, though, has confirmed a review into tightening up the existing law will be “urgently” brought forward. The proposed update to the law will mean any driver caught texting, taking photos, browsing the internet or scrolling through a playlist while behind the wheel will be prosecuted for using a hand-held mobile phone while driving.

According to the Department for Transport (DfT), the review will take place “urgently”, with further proposals expected to be in place by next spring. At the same time, ministers have also announced that they will “consider” changes to the penalties in place for hand-held mobile phone use, but there are no plans to ban hands-free phone use.

“We recognise that staying in touch with the world while travelling is an essential part of modern day life but we are also committed to making our roads safe,” he said. “Drivers who use a hand-held mobile phone are hindering their ability to spot hazards and react in time – putting people’s lives at risk.

“We welcome the Transport Select Committee’s report, and share their drive to make our roads even safer which is why this review will look to tighten up the existing law to bring it into the 21st century, preventing reckless driving and reduce accidents on our roads.”

Nick Lloyd, the head of road safety at the Royal Society for the Prevention of Accidents (RoSPA), said the organisation welcomed the changes, saying it would make roads safer for everyone.

"Drivers who use their phones are up to four times more likely to crash," he said. "RoSPA highlighted this loophole in the summer and is delighted that such prompt action is being taken to ensure that all hand-held mobile phone use is to be prohibited, making our roads safer for all."