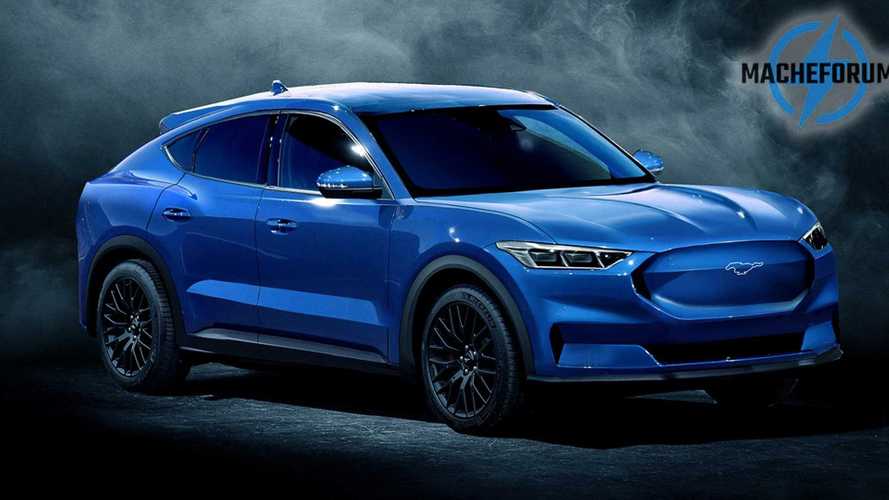 The pony car DNA is strong in this one.

It’s no secret that Ford is working on a battery-electric crossover SUV. The fine folks at MachEForum have taken it upon themselves to create a rendering of what the new Mustang-inspired model might look like.

Carrying over themes from previous renderings, MEF’s take on the upcoming crossover adds in hints of details discovered in recently leaked CAD images of the vehicle’s body. Notably, the illustration includes a stepped rear roofline treatment that manages to allude to the fastback shape of the Blue Oval’s pony car without sacrificing rear headroom or cargo space.

The most noticeable differences between this rendering and the CAD images are at the vehicle’s front end. While the leaked images show a more Mustang-like faux-grille design with an oval badge and headlights with a quadrilateral shape, this rendering incorporates a larger faux-grille area with a Mustang badge and small indentations at the outside corners of the headlights. We’ll know soon enough if the front-end of MEF’s rendering generally mirrors that of the final product Ford is rumoured to show at the upcoming Los Angeles Auto Show.

Whatever it looks like, though, the Blue Oval’s Mustang-inspired electric crossover promises to impress. Ford’s announced the model is capable of travelling more than 300 miles on a full charge of its battery pack. Likewise, we’d be surprised if Ford didn’t pack its sporty looking EV with performance to match its sports car-inspired looks.

We’re certain we’ll know more in the coming weeks about Dearborn’s latest electric vehicle. Until then, this rendering will have to tide you over.