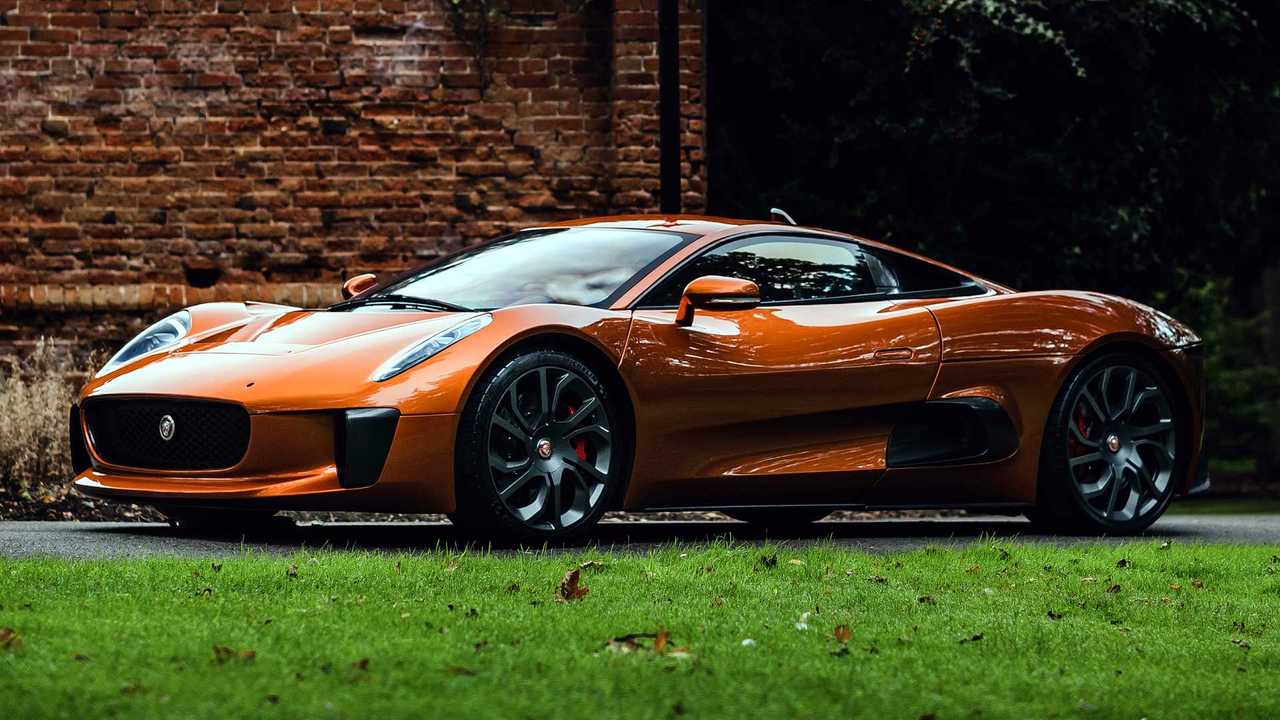 The greatest car Jaguar never made could be yours.

The Jaguar C-X75 is one of the automotive world's great near misses. Announced in 2010, it was expected to be the British marque's first true supercar since the iconic XJ220 of the 1990s – another car that didn't quite live up to its concept form.

Anyway, despite a confirmed production run of 250 cars and enough customer interest to fill many times that amount, Jaguar pulled the plug on the project. It eventually lived on as a movie prop, serving as the vehicle of choice for villain Mr. Hinx in the 2015 James Bond film Spectre.

Bond himself designed this Aston Martin
⠀

For the flick, a fleet of stunt cars (and prototype 'hero' cars) were produced by Williams Advanced Engineering – an offshoot of the Formula 1 team bearing the same name. The film cars were visually faithful to the original, but under the skin they were nothing more than rally-spec spaceframes with carbon fibre bodywork. The 780 bhp diesel-electric gas turbine drivetrain was ousted in favour of a much more simple 492 bhp V8 setup, too.

Now one of the five stunt cars used in the production is heading to auction. Chassis #001 comes complete with button-adjustable AP Racing brakes, a mechanical limited-slip differential, Recaro seats, and a hydraulic handbrake, allowing it to dance on the cobbled streets of Rome as seen in the film.

Following its silver screen career, the car was used for promotional purposes as well, even being driven by Felipe Massa prior to the 2015 Mexico Grand Prix. More recently, the same car has appeared at Salon Privé and the Silverstone Classic.

"Bond has long been synonymous with some of the world’s most incredible cars, from an enviable roster of iconic Aston Martin DB models through to the Lotus Esprit and BMW Z8. 007’s car of the moment is often pursued by an equally impressive vehicle belonging to the film’s villain, and that’s exactly what we have in the Jaguar C-X75," said Will Smith, Car Specialist at RM Sotheby’s. "Not only did it make for one of the most intense and technologically advanced chase scenes in a Bond film to date, but it is a production Jaguar that never was, and built in partnership with Williams F1 no less.”

After a full thorough inspection by William Advanced Engineering, the car will be sold at RM Sotheby's first-ever Middle Eastern auction, which will take place at the Abu Dhabi Grand Prix on November 30. It is expected to fetch between £600,000-£1 million when it goes under the hammer.

Oh, there is a tiny catch to all of this... the car isn't road registered. Still, it'll be perfect for running away from the police.