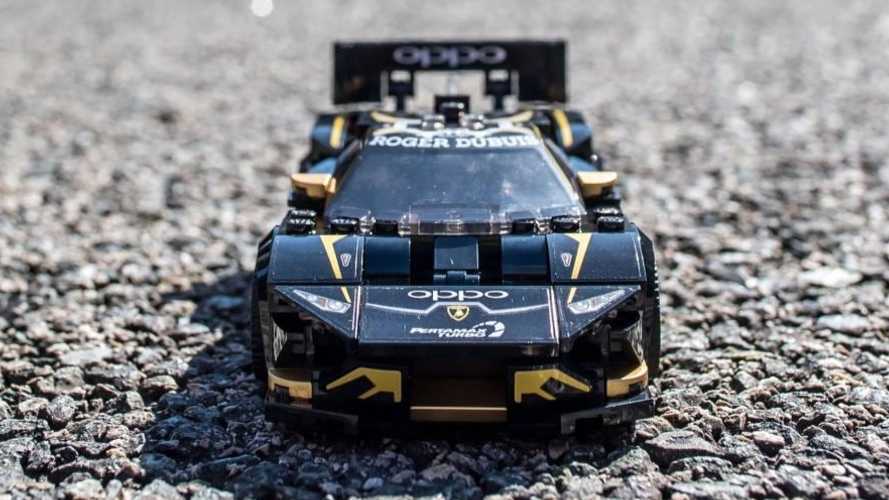 Owning a Lamborghini race car isn't a realistic dream for many folks, but you can build your own next year with a new entry in the Lego Speed Champions collection. The new set includes a Huracan Super Trofeo Evo and a Urus ST-X. The company debuted the models at the Lamborghini Super Trofeo World Final at the Circuito de Jerez in Spain.

"Fortunately, 2020 marks the start of a new chapter for Lego Speed Champions with the evolution to the more accurate ‘8 Studs Wide’ design and we felt that we could now do the popular brand justice," Chris Stamp, Lego Speed Champions design manager specialist, said in the new set's announcement.

The Huracan Super Trofeo Evo is the brand's race car for its one-make competition series. Compared to earlier versions, this one features a revised body kit, including a Huracan-Performante-inspired front diffuser. There's also a scoop on the rear deck for routing air to the engine. Power comes from a 5.2-litre V10 making 612 bhp and running through an XTrac sequential gearbox.

Lego and Top Gear partnering up for new Technic sets

The Urus ST-X is Lambo's upcoming competition version of its crossover for a one-make racing series that begins in 2020. The model goes on a diet by shedding roughly 550 kilograms. Power comes from a twin-turbo 4.0-litre V8 making 650 bhp and 627 pound-feet of torque.

The Speed Champions set comprises 659 pieces. In addition to the cars, the set includes starting lights and two driver mini figures. It goes on sale on January 1, 2020. The price is currently a mystery, but other two-vehicle collections like this in the Speed Champions line go for £24.99.

Lamborghini and the LEGO group unveiled their exclusive version of the Huracán Super Trofeo EVO and Urus ST-X, marking the Lamborghini LEGO® Speed Champions debut during the Super Trofeo World Finals in Jerez.

The Lamborghini Huracán Super Trofeo EVO race car competes in the fastest one-make championship in the world. The LEGO Speed Champions model boasts brilliantly realistic car details including the shark fin, airscoop and front diffuser, replicating the most significant features of the car, equipped with 5.2cc V10 engine with 620hp.

The second LEGO Speed Champions model is based on the brand new Lamborghini Urus ST-X. The toy car replicates the world’s first racing Super SUV that will compete on the track and off-road starting from October 2020 at Misano World Final in a special World Final champions race.

“Fortunately, 2020 marks the start of a new chapter for LEGO Speed Champions with the evolution to the more accurate ‘8 Studs Wide’ design and we felt that we could now do the popular brand justice. Especially the wide body of the Huracán Super Trefeo EVO. And with the awesome Urus ST-X we also introduce our first Super SUV into the theme, which fans will hopefully be just as thrilled with as we are.”

The 659-piece building set, including the two racecars, start ’lights’ and 2 driver minifigures will be available to buy from 1st January 2020. Are you ready to puts kids behind the new mini racing wheel?