A debut might happen at the end of November.

Mercedes is positioning its Maybach sub-brand to be the most luxurious versions of the company's products, and the next model to get this posh treatment is the GLS-Class. This video catches the latest state of the crossover's development, but this one oddly wears more camouflage than pre-production vehicles in the recent past.

While not easily visible here, Mercedes differentiates its Maybach models by giving them different front and rear styling, including different lights. The tweaks create a distinctive enough appearance that this variant looks special compared to its less expensive sibling.

On the inside, the Maybach GLS will reportedly let occupants spread out by only being available with a two-row layout, rather than three rows from the Mercedes version. Buyers can allegedly pick from a bench in the rear or a four-passenger setup for folks looking for even more luxury. Also, expect the vehicle to come with high-end upholstery to fit the significantly higher price. There's even a unique scent in there.

At launch, the Maybach will reportedly come with a version of the brand's oft-used twin-turbo 4.0-litre V8 while routing through a nine-speed automatic to an all-wheel-drive system. According to rumours, a V12 engine will join the range later.

The latest spy shots of the Mercedes-Maybach GLS-Class: 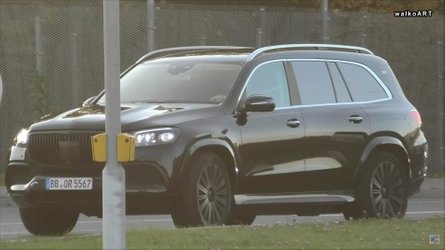 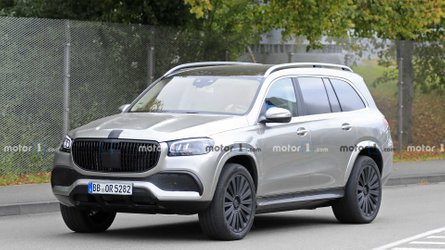 Mercedes-Maybach GLS spied without any camo, reveal could be nigh

The Maybach version of the GLS will reportedly debut before the end of the year, which indicates that sales will start in 2020. The Los Angeles Auto Show will happen at the end of November, so we'll possibly see it there.

The Maybach GLS will come from the same factory in Alabama that builds the Mercedes version. With an estimated price of around £200,000, it will take the title as the most expensive mass-produced passenger vehicle in the country.