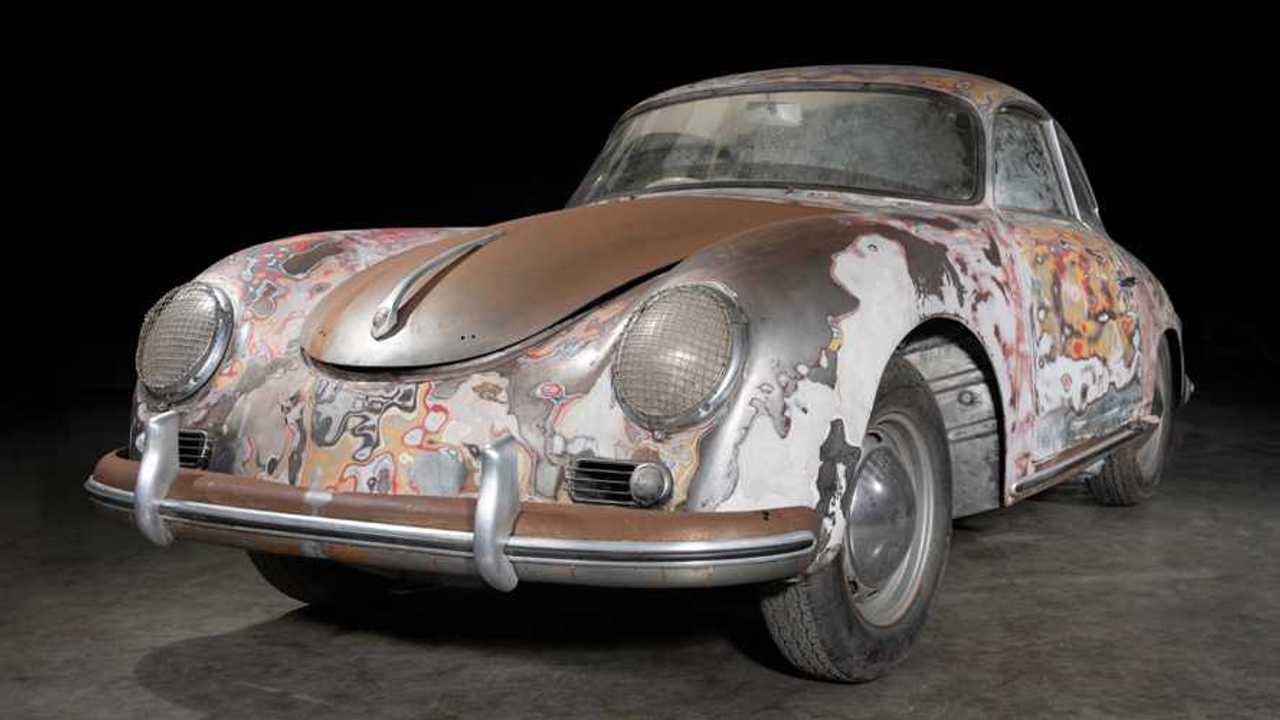 But would you preserve it or perfect it?

If you were presented with the opportunity to get your hands on a rare, intact classic Porsche, would you leave it as is, or do a full nuts and bolts restoration?

That's the dilemma being faced by one lucky person, with classic car restorers Thornley Kelham offering a matching-numbers Porsche 356A that has a unique story and appearance.

More Porsches from the past

The right-hand-drive example was, rather oddly, found in the US and still has its original 1.6-litre engine and its transmission. The paintwork has somewhat succumbed to the elements over time though. Originally silver, it's now a unique blend of bare metal, red, and the original 'Silbermetall' hue.

The car was completed in May 1959 and delivered to British Lions rugby player Frank Sykes. When Sykes emigrated to the US, the car went with him, but it ended up spending 30 years locked away in storage.

Upon the car's return to the UK, it appeared at the Concours of Elegance at Hampton Court Palace this year. It was from feedback received there that Thornley Kelham opted to offer potential buyers the opportunity to leave the car as-is, or return it to its former glory.

Should the buyer want to keep the car looking as it does now, Thornley Kelham would carefully replacing rusted parts of the bodywork,before undertaking a full mechanical and interior restoration. The unique exterior appearance would even be preserved with a clear coat film, allowing the car to tell its own 60-year story, while remaining perfectly reliable and ready to use.

The firm is also offering a complete ground-up restoration which would include a complete interior re-trim, chassis strengthening and drivetrain rebuild. Sympathetic upgrades could also be applied to the car's engine, suspension and brakes should the buyer wish.

"Often in the world of rare and significant classic cars, the stories that they tell are just as meaningful as their condition," said Simon Thornley, co-founder of Thornley Kelham. "We have deliberated long and hard over whether or not to maintain this 356’s marks of age, or to return it to as-new condition, but ultimately we felt it was a decision best made by the buyer."

"Our team has completed a number of 356 nut-and-bolt restorations, and we’ve carefully analysed the structure, body, mechanicals and interior of this example to know that no matter which route the buyer chooses, we can produce a rare Porsche 356A that looks good, drives well and works every time."