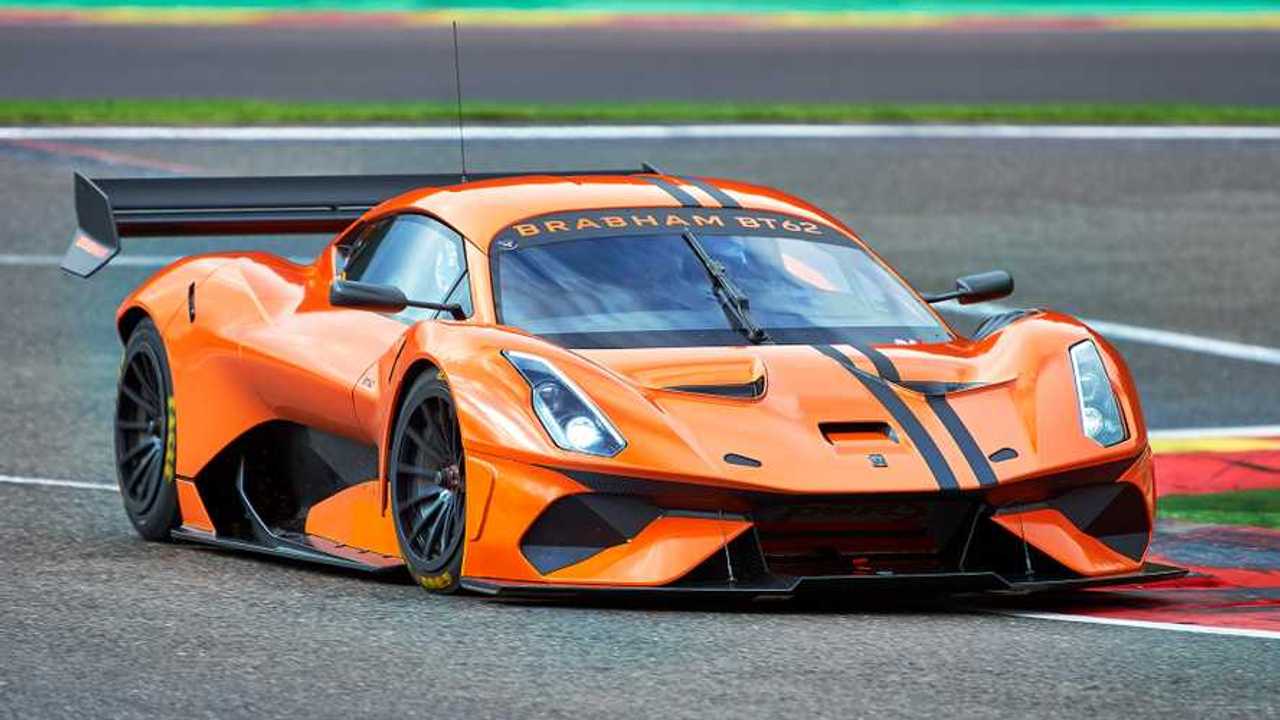 Cheaper than the track-day special, but now race ready.

Brabham Automotive has announced details of a third variant of its BT62 following on from the track-ready and road-going versions.

A competition variant, first confirmed to Motor1 last year, is now available. The model, which is compliant with racing regulations, will be part of the BT62's already-announced production run so only 70 cars, irrespective of variant, will still be produced.

Brabham turned down efforts to revive name in F1
⠀

The car is made up with an FIA compliant carbon-chromoly safety cell with integrated roll cage, and is powered by the same 5.4-litre naturally aspirated V8 putting out 700 bhp mated to a 6-speed sequential gearbox. The aerodynamic package delivers an impressive 1200 kg of downforce, while the carbon-on-carbon brakes, motorsport ABS and traction control help to keep it pointing in the right direction.

It's lighter than the original track special, with an exposed carbon interior with no trim, and a wrap on the exterior rather than a paint job. They have no passenger seat (obviously) or spares package either, but you can add both as optional extras – both come as standard on the Ultimate Track version. It does however retain the centre-locking wheels, pneumatic jacking system, competition-ready gauge display and lightweight, removable, multi-function steering wheel from the original.

The Competition models are available in either left- or right-hand-drive and will be able to be converted to track or road specification.

The Brabham BT62 Competition is priced at £750,000 plus local taxes, making it £250,000 cheaper than the Ultimate Track model, but being race-ready it's somewhat more usable. In fact, it will be making its racing debut in the final round of the Britcar season at Brand Hatch on November 9-10.

Customer deliveries will begin early next year, in time for the start of the racing season.