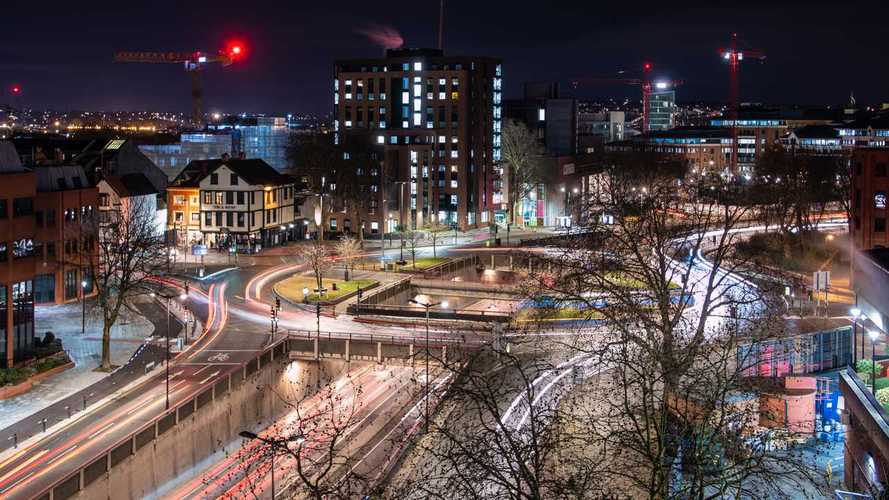 A clean air zone for HGVs and buses is also on the cards.

Bristol has become the first UK city to propose a ban on diesel cars in the city centre, as well as a pollution-busting clean air zone.

The plan, which the council describes as “ambitious”, will see the introduction of a “small-area” diesel ban for private cars, alongside a charging zone for “non-compliant” commercial vehicles, such as buses and HGVs. The plans would also see a car scrappage scheme launched to help drivers out of vehicles that fall foul of the council’s plans.

Bristol City Council has proposed the plan to its cabinet, and if it is approved, the final plan will be submitted next year. The deadline for implementation is March 2021.

“These ambitious plans demonstrate our commitment to tackling air pollution so we meet legal limits within the shortest time, without disproportionately affecting citizens on lower incomes which would happen with a blanket approach to charging vehicles,” said the Mayor of Bristol, Marvin Rees.

“Protecting the most vulnerable people from pollution is central to these plans and we have ensured that all impacts have been carefully considered. If approved, mitigation measures will support those most affected, especially those living in the most deprived communities.”

The Freight Transport Association (FTA), which represents the logistics industry, said it wanted “clarification” on the scheme, saying it was especially concerned about the diesel ban.

“As the voice of the UK logistics industry, FTA is calling for Bristol City Council to provide clarification on its proposals for Clean Air Zone in 2021, said Chris Yarsley, the FTA’s policy manager for the south-west of England. “The lack of detail is alarming and leaves local businesses in the dark on how to proceed with business planning.

“The FTA is particularly concerned about proposals for a ‘diesel vehicle ban’ in the city centre. Will the ban operate at peak hours or 24/7? While previous consultations only discussed a ban on cars, it is now unclear whether lorries and vans will also be included. If so, how does the Council expect goods to be delivered to supermarkets, businesses and homes?

“There are currently no viable alternatives to diesel-run lorries. Furthermore, the proposed scrappage scheme appears to only be open to residents of private cars – what help will be provided to commercial vehicle operators and those who need LCVs for their jobs, including self-employed business people?

“While FTA and its members support the Council’s commitment to improving air quality in the city, announcing a proposed scheme with such little detail is unfair to the businesses and individuals who work tirelessly to keep the local economy afloat.”

The RAC, meanwhile, said the plans would have an “unprecedented” impact on diesel car owners, and expressed concern that a scrappage scheme would not help get drivers into cleaner cars.

“Bristol faces the same issues that many other UK cities do – a need to achieve legal compliance with air quality standards in the shortest time possible,” said the RAC’s head of roads policy, Nicholas Lyes. ”We recognise that efforts must be made to clean up the city’s air but as things stand, the impact of the proposals published today on people who currently drive diesel vehicles would be unprecedented. Major routes into, out of, and even around the city would become out of bounds, with diesel vehicles forced onto other roads, which risks causing congestion problems where they don’t exist at the moment.

“Bristol has bold plans to improve its public transport system, but major improvements are still many years from becoming a reality. In the meantime, many drivers are faced with having to use their car for journeys in and around the city simply because there is no affordable, reliable alternatives. This would become more difficult under these plans.

“Then there are other practical considerations. Some drivers of diesel cars who are locked into finance packages may face a significant penalty to exit their contract early. There will also be drivers of older vehicles who are faced with having to give up their vehicles and switch to something different – which could be extremely costly. The devil will be in the detail, but we are concerned that a scrappage scheme would not prove effective in getting people into cleaner cars, since such schemes are designed to get people into brand-new – and still more costly - vehicles.”