Audi SQ8 gets 23-inch wheels, mountain-moving torque from ABT

Can't wait for the RS Q8 and you're ok with the diesel engine? ABT has something for you.

At the beginning of August, Audi dropped an interesting teaser image of six future RS products slated to be revealed before the year’s end. It’s late October and we’ve seen five of them: RS Q3, RS Q3 Sportback, RS4 Avant facelift, RS6 Avant, RS7 Sportback – but what about the sixth one? We are inclined to believe it’s going to be the RS Q8 for those who need something even more exciting than the SQ7 and/or are not fans of the diesel.

If you love the low-end torque delivered by the TDI and want even more of it, the tuners at ABT have just the right thing. They’ve already managed to get their hands on a Euro-spec SQ8 just a few months after its official unveiling. What’s so special about it? Well, the twin-turbo V8 no longer produces the stock 429 bhp and 664 pound-feet of torque as the 4.0-litre has been massaged to unlock a mighty 513 bhp and 715 lb-ft.

Gallery: Audi SQ8 by ABT

That kind of torque might seem like overkill, but we should keep in mind the Audi SQ8 TDI is one of the heaviest vehicles available today, tipping the scales at 2,440 kilograms with a 75-kg driver and the fuel tank filled to a 90% level. The SUV, therefore, needs all the torque it could use as early in the rpm range as possible to live up to its “S” badge, and the electric-powered compressor helps with that to enable the diesel to offer the full torque at 1,250 rpm in the standard SQ8.

Motor1.com long-time collaborator Auditography had the chance to film the Q8 diesel monster in Austria with its subtle body kit and the not-so-subtle custom wheels measuring 23 inches. He did more than just that as later in the video we can see ABT’s SQ8 in an acceleration test with launch control activated, going from zero all the way up to an electronically capped top speed of 155 mph. It needed about 4.45 seconds to complete the 0-62 mph, which is about 0.3s less than the standard model. 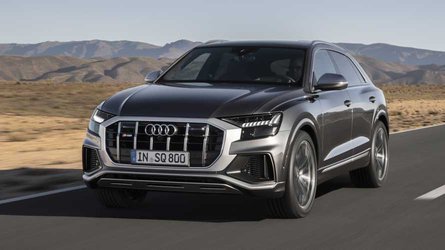 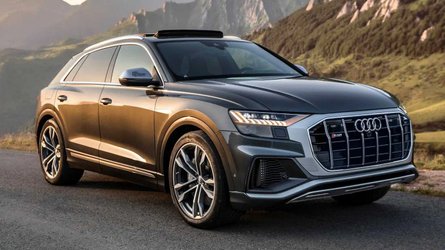 If you’d rather have a hotter Q8 straight from Audi and without a diesel (and fake exhausts), the RS Q8 could debut at the Los Angeles Auto Show next month.