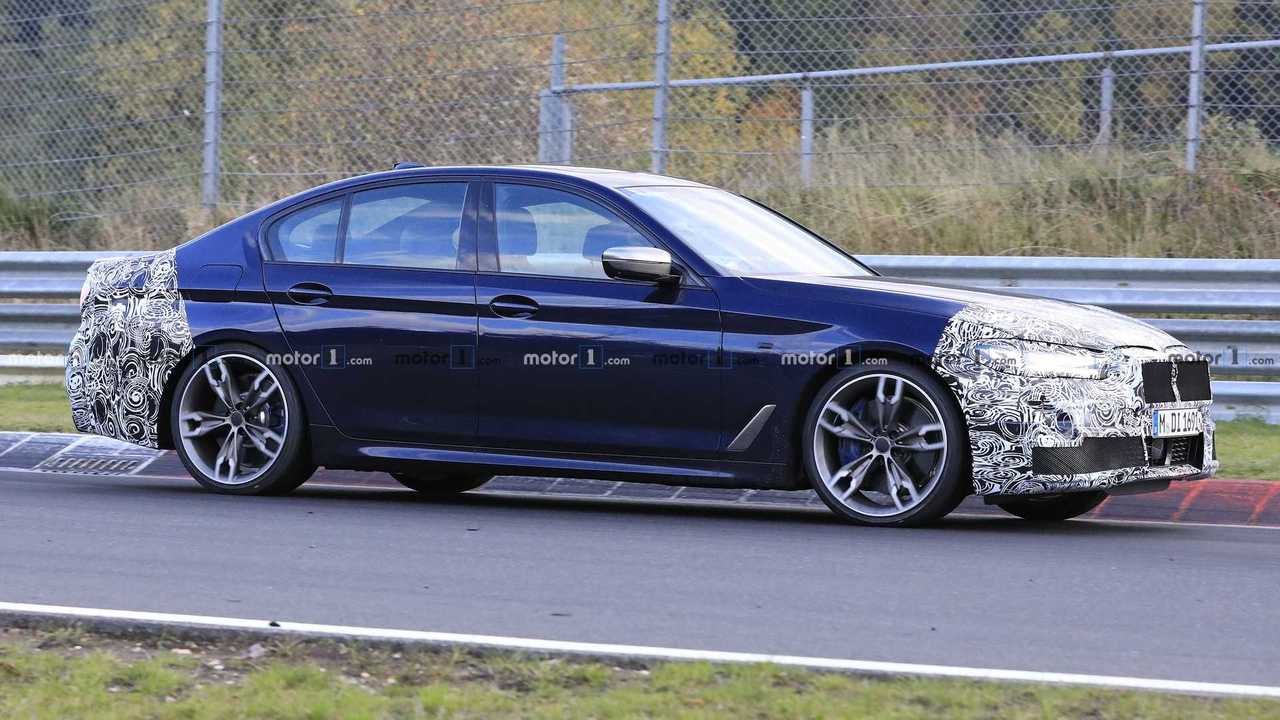 There's certainly no shortage of spy photos with the refreshed BMW 5 Series. We’ve seen the facelifted mid-size model from Bavaria testing as both saloon and estate, and today we are happy to share the most revealing spy shots to date. They come from the Nurburgring and show two different prototypes.

The first is a dark blue 5 Series Touring, which looks quite similar to the test car we spotted earlier this month. It features the same amount of camouflage and even the very same wheels, but the registration plates tell us this is a different car.

The disguise at the front obviously includes fake components but we are able to see more of the headlights, which will gain new internal graphics with a more pronounced LED daytime running light signature. One thing this concealment hints about is that the kidney grille won’t grow bigger on the refreshed model but nothing can be confirmed at the moment.

There’s also a dark blue saloon prototype, which rides on larger wheels hiding massive brake calipers. Don’t let the M badges fool you – this is not a full-blown M5 but most likely a performance diesel-powered model, equipped with the M Performance package. The refreshed M550d is probably a good guess.

Speaking of engines, the facelifted 5 Series is expected to gain one new hybrid option. Tentatively called the 545e xDrive, it will share its plug-in powertrain with the 745e xDrive iPerformance, which means under the bonnet will be a detuned 3.0-litre turbo straight-six paired with an electric motor. In the 5er PHEV, the combined system output is expected to be about 375 bhp.

Don’t hold your breath for a reveal in the coming months as we expect to see the 5 Series LCI towards the second half of 2020, just in time for the 2021 model year.