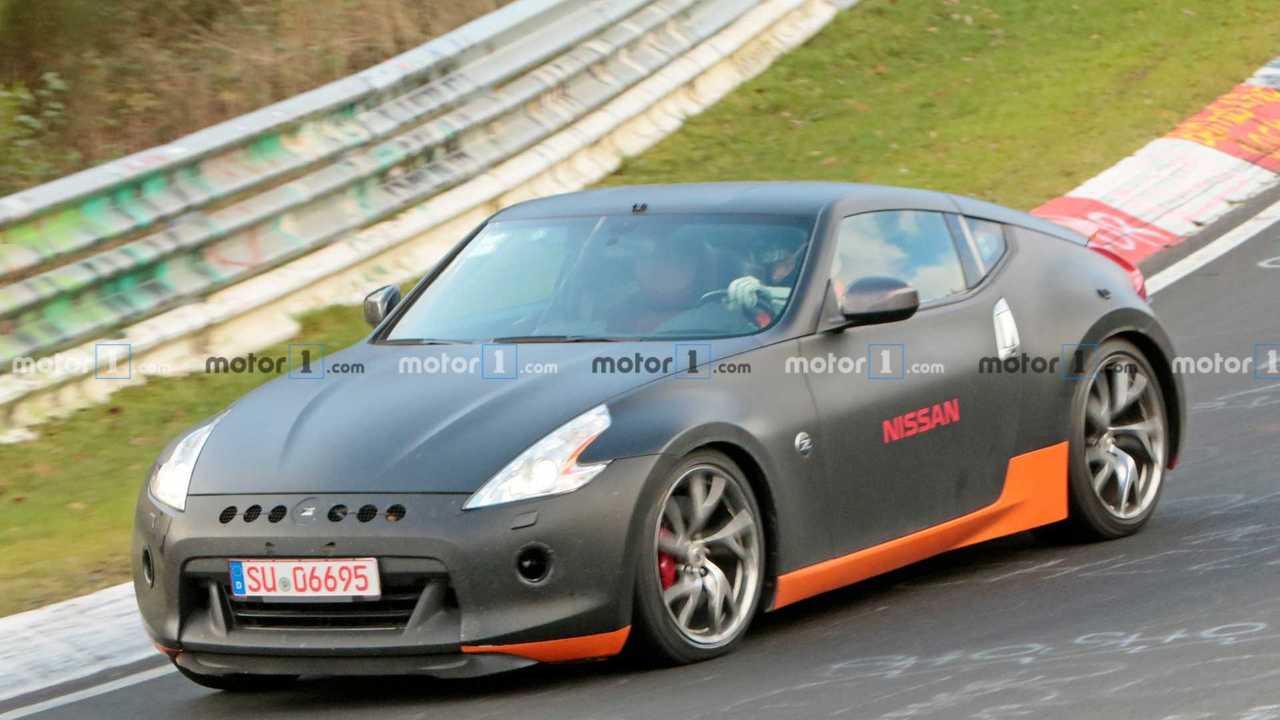 It looks like Nissan is finally working on a next-gen sports car.

Rumours of a new performance machine from Nissan have floated around the internet for the last few years. In fact, the most recent came just a few days ago and it was straight from Nissan saying we should “expect something soon.” We don’t think spy photos of a strange 370Z test mule are exactly what Nissan had in mind, but considering this car is 10 years old with virtually no updates during that run, we’ll take what we can get.

And what do we get? Not one but two of our spy photo teams caught this curious black 370Z turning laps at the Nürburgring. It’s clearly a 370Z, so we aren’t looking at an all-new offering but upon closer investigation, we do see some modifications to the body. The round holes up front are obvious, but peer deeper and you’ll see variations on the lower fascia that aren’t standard-issue 370Z. One might argue that Nissan is looking to give its long-lived sports car a facelift, and we might hold to that if the car wasn’t old as dirt. Also, the automaker already said a replacement was coming.

That’s why we’re calling this a test mule. The changes up front are most likely to help an all-new powertrain get more air. It wouldn’t be a stretch to hide a prototype engine under the 370Z’s bonnet, especially if it’s more than just an updated V6. We have absolutely no information thus far on what that might be, but lest ye forget – once upon a time the Z car sported a glorious inline-six engine. With a reborn Toyota Supra packing a boosted I6 mill, wouldn’t it be neat to see the next Z follow suit?

Just to be clear, that’s total speculation (and perhaps wishful thinking) on our part. At this point we know nothing about any future Z car aside from something being in the works. And now we see Nissan exercising a test mule in Germany. Hey, you have to start somewhere, right?