The Roush-tuned Ford engine sends 608 lb-ft to the wheels through a six-speed manual gearbox.

It was the beginning of July when the legendary name “De Tomaso” made the headlines thanks to its sinfully beautiful P72 marking the return of the brand just in time for its 60th anniversary. We haven’t heard anything about the curvaceous two-seater since then, but the P70’s spiritual successor is back in the news to reveal what will power it.

Much like the aforementioned P70, Mangusta, and the iconic Pantera all used Ford engines, the new P72 has a Blue Oval heart. It’s a supercharged 5.0-litre V8 tuned by Roush to develop around 700+ bhp and a maximum torque of more than 608 pound-feet transferred to the wheels exclusively through a six-speed manual gearbox developed by De Tomaso. The power figures will be attainable with the engine feeding on U.S. grade 91 octane fuel.

The Ford engine redlines at more than 7,500 rpm and promises to offer a linear power curve “reminiscent of the purity of natural aspiration” as well as a soundtrack similar to V8-powered American performance cars of yesteryear. The engineers focused on minimising the sound generated by the supercharger in an attempt to mimic the noise of a NA engine as much as possible and evoke the sound of American muscle cars from the 1960s.

The P72 has been developed as a grand tourer with an engine that will fully comply with emissions regulations in European markets as well as in the United States. A “symphonic exhaust system” is being promised, but De Tomaso says we’ll have to wait a few more months for videos and audio to actually hear the supercharged V8 sing its tune. Using the Ford Mustang GT’s 5.0-litre supercharged V8 as the basis, it means owners won’t have problems getting replacement components since the engine benefits from a solid after-sales support with lots of parts available.

As a refresher, the retro-styled P72 will utilise the same carbon fibre chassis as the Apollo Intensa Emozione (IE) and will be produced in only 72 examples, with each carrying an estimated starting price of €750,000 (about £650,000).

The De Tomaso Pantera is also back in spirit: 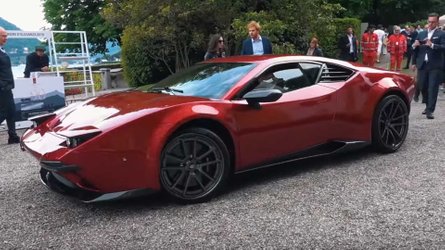 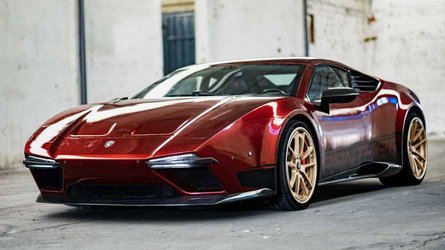 Ares Panther is a proper 641-bhp tribute to the Pantera
By: Adrian Padeanu
++
++