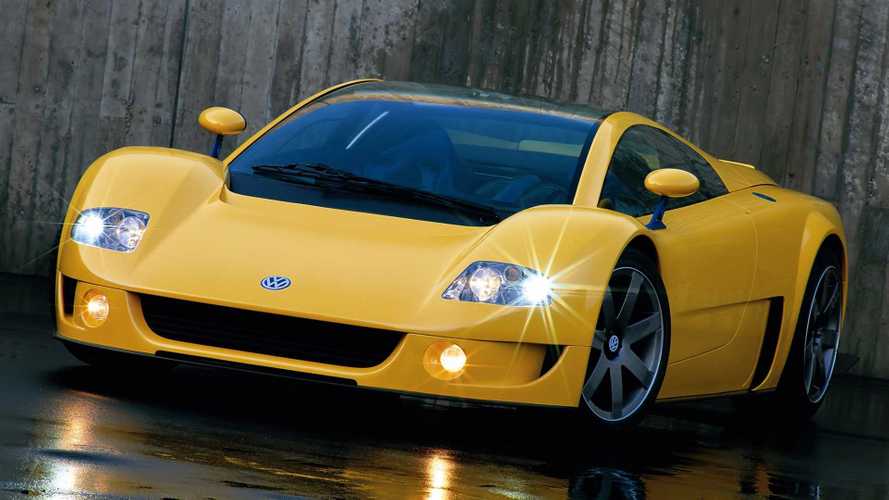 The Volkswagen W12 concept is the coolest supercar that was never built.

Volkswagen's electrified future is inevitable. The intuitive I.D. range, headlined by the newly introduced ID.3 hatchback, is proof of that. But before we look too far into VW's future, let's take a look at the company's often-forgotten recent past. For a 10-year stretch between the mid-1990s and early 2000s, the German marque built some truly mind-boggling concepts. And the gorgeous W12 supercar (which the company produced in three different iterations) remains one of our favourites.

The first W12 concept debuted in 1997 under the direction of then CEO Ferdinand Piech. The marque tapped the design expertise of Italdesign to create a sleek super coupe capable of utilising the then-new W12 engine mounted in the middle, and all-wheel drive. This resulted in the first W12 concept, dubbed the "Synchro" – a beautiful, bright-yellow coupe that debuted at the Tokyo Motor Show with 414 bhp. But that was just the beginning.

A year later, VW rolled out a topless W12 concept dubbed the W12 Roadster. The drop-top version of the original concept used the same 5.6-litre engine, and produced the same 414 bhp. But it wasn't until almost three years later that VW really tapped into the W12 concept's full performance potential.

At the 2001 Tokyo Motor Show, VW unveiled the W12 Nardo concept, now painted orange. Named after the famous Nardo test track, this concept unravelled 591 bhp and 458 pound-feet of torque from the same quad-turbocharged 5.6-litre W12 VW released nearly years prior. The Nardo could sprint to 62 miles per hour in just 3.5 seconds and would continue on to a top speed of 221.8 mph.

A year after the Nardo concept debuted, VW spawned a race car using the W12 as its base. The W12 racer ran for 24 straight hours at the Nardo Ring at Lecce, averaging a speed of 200.6 mph. It broke 12 speed records in the process.

While the two other W12-powered V-Dubs did make production – the Phaeton and Touareg – the W12 supercar never did. Though, VW never really promised a production model in the first place. This concept was designed as a test-bed for the now-infamous engine. And for the most part, it achieved its mission; consumers snapped up the Phaeton and Touareg. If only they’d have done the same with the W12.