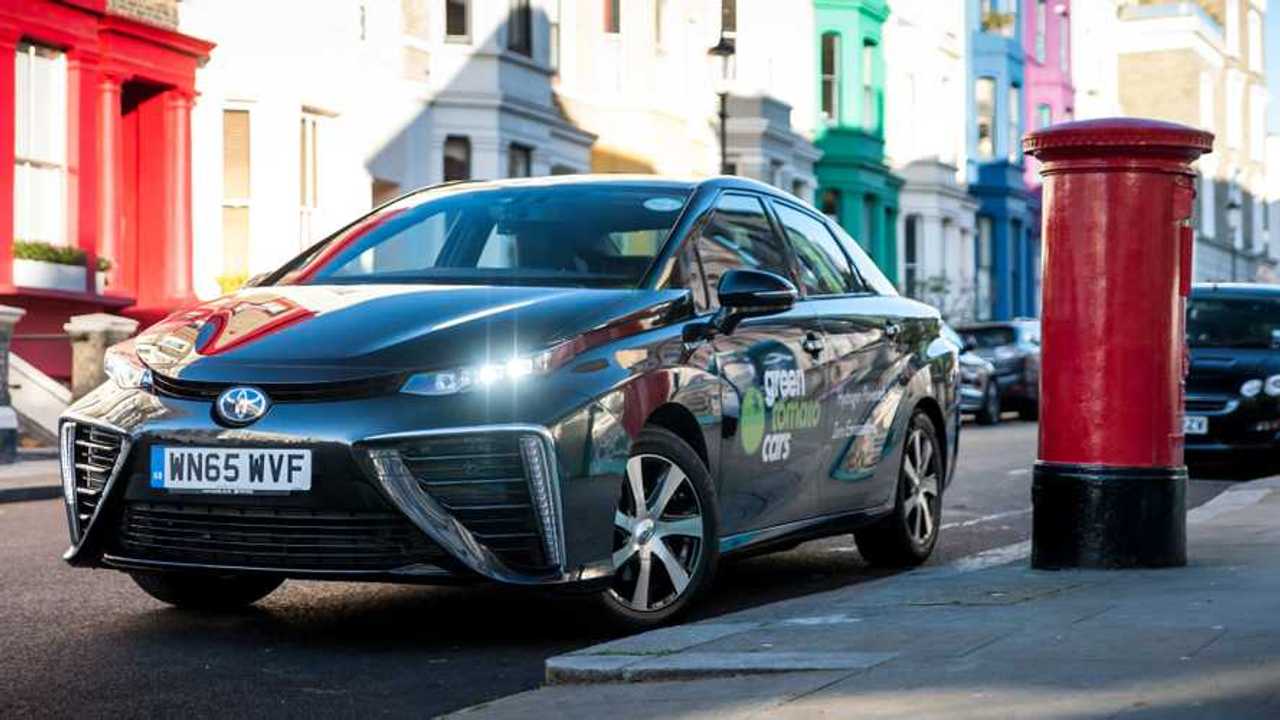 Toyota says each of the 27 vehicles have saved four times their own weight in CO2.

A fleet of hydrogen-powered Toyota Mirai taxis have now covered more than a million miles on the streets of London.

The four-door saloons, run by private hire firm Green Tomato Cars, use hydrogen fuel cells to create electricity for their electric motors, providing zero-emission motoring with fill-up times comparable with those of petrol and diesel cars. Green Tomato has been running the cars since 2015, although it only had two vehicles on a trial basis until the beginning of 2018, when it took on an extra 25 Mirais.

More on the Toyota Mirai:

Over the four-year period, the vehicles have travelled for a combined total of more than a million miles, which Toyota claims has saved 206 tonnes of carbon dioxide (CO2) emissions. That means each Mirai has saved 7.6 tonnes - or four times its own weight - of CO2 from entering the atmosphere.

Green Tomato was the first company of its kind in Europe to take on hydrogen fuel cell cars and has carried a total of 80,000 passengers in the pioneering family car. Each vehicle drives an average of 120 miles per day, with average fare-paying journeys of between eight and 10 miles.

And the fleet is expanding yet again this month, with an extra 25 cars joining the pack. According to Toyota, that means Green Tomato will have the largest zero-emission passenger fleet in the UK.

Jonny Goldstone, the founder and CEO of Green Tomato Cars, said the company’s customers were impressed with the high-tech, low-emission vehicles.

“We’ve been really impressed by the performance of our Mirai fleet and are very proud to have clocked up the magic one million zero-emission miles in these unique cars,” he said. “Our passengers love them because it means they can travel as responsibly as possible, and so do our drivers. Running costs are comparable with a Prius and re-fuelling takes the same time as a conventional petrol car. We’re rolling out the next 25 Mirai onto our fleet right now and hopefully there will be still more to come.”

In total, Toyota says there are currently 137 Toyota Mirais on the road in the UK, and those cars will “soon” hit a combined total of two million miles. The company says that means CO2 savings of approximately 412 tonnes, with water being the cars’ only emission. The water is so pure that it is, in fact, possible to drink from the vehicle.

Toyota recently revealed the next-generation Mirai at the Tokyo Motor Show earlier this month. Set to be introduced towards the end of 2020, the car gets an aesthetic redesign and improvements to its fuel cell system to achieve better performance and a greater driving range.