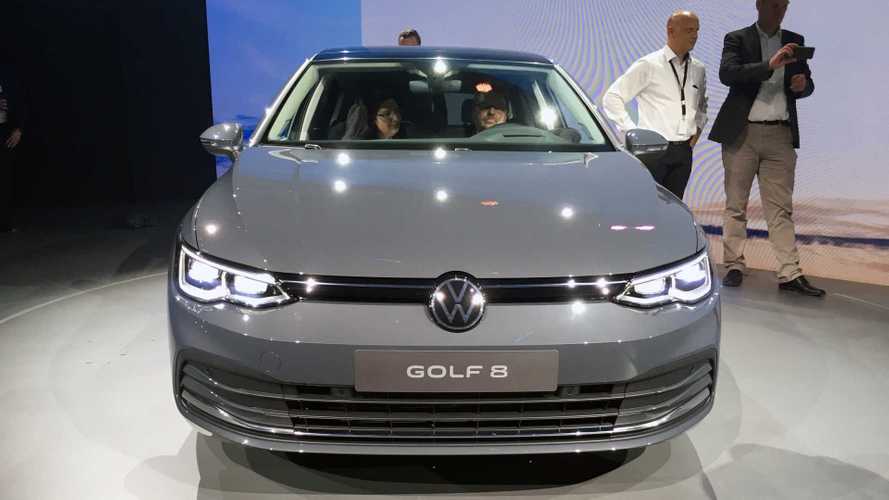 See the new Golf right down to the smallest detail.

The hype surrounding the new Volkswagen Golf is beginning to wind down following the world premiere in Wolfsburg earlier this week, and we’ve decided to round off our coverage of the Mk8 by releasing a full gallery of the hatchback. The car was brought on stage in several configurations, mainly the high-end Style trim level and the GTE plug-in hybrid, but lesser versions are planned.

The base car will simply go by the name of Golf and it’ll replace the Trendline trim, while the midrange Comfortline will be dropped to make room for Life. The aforementioned Style will serve as a replacement of the Highline, and on top of it will sit R-Line as a dedicated trim level rather than the multiple packages that were offered for the Mk7.

Come 2020, the lineup will be greatly expanded to include a total of four performance versions – GTI, GTI TCR, GTD (yes, the diesel), and the mighty R. During the reveal event, our colleagues at Motor1.com Germany asked VW officials about how much longer the family man will have to wait to buy the estate. We didn’t get a clear answer, but our money is on a release sometime in the first half of next year.

Company representatives only said that derivatives of the Mk8 are in the pipeline. The long-roof model was confirmed exactly one month ago when VW said it would relocate the entire Golf Variant production to its main plant in Wolfsburg, thus refuting a rumour that had stipulated the death of the more practical body style.

The estate is soldiering on, but the three-door and Sportsvan minivan are not. VW is simplifying the Golf’s lineup by reducing the number of available variants by 35% to cut costs and optimize production. One other version not getting a next-eneration is the e-Golf, but that’s understandable as a new one would step on the ID.3’s toes.

While some versions are getting the proverbial axe, VW is adding a second plug-in hybrid version to sit below the 245-horsepower GTE for those willing to make do with 204 hp, which isn’t half bad come to think of it. Both have a new 13-kWh battery to temporarily turn the Golf into a zero-emissions vehicle.

Golf 8: all you need to know

VW Golf 8 videos show the upscale hatchback from every angle

There’s going to be a Golf for pretty much anyone regardless of your tastes in engines seeing as aside from the two PHEVs, there will be mild-hybrid eTSI engines with three-cylinder 1.0-liter and four-cylinder 1.5-liter displacements. In addition, a couple of cleaner 2.0-litre diesels will be offered, and even a Golf TGI that will run on compressed natural gas (CNG).

The crown jewel of the range is rumoured to be a Golf R Plus with almost 400 bhp, but VW hasn’t confirmed it just yet. Even if it’s on the agenda, it’s unlikely to come sooner than 2021.