Renault to consider F1 future as part of 'deep review' 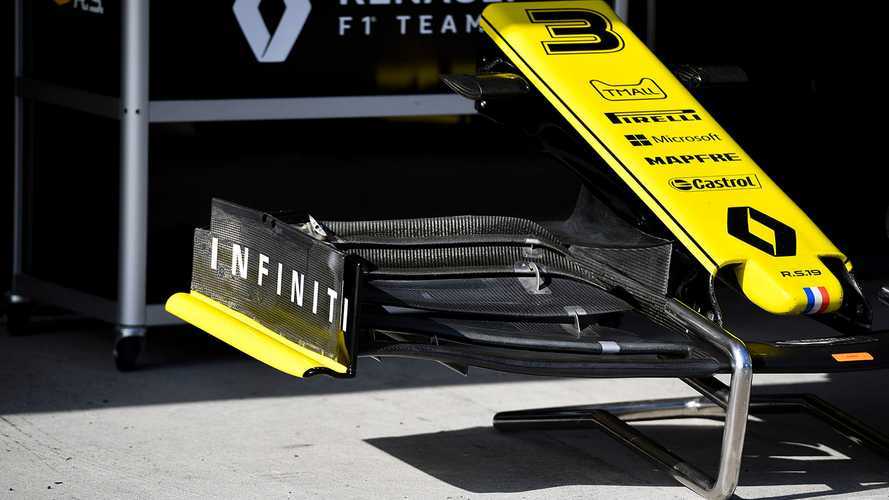 Renault has admitted that its future in Formula 1 will be considered as part of a major strategic review that it is about to embark on.

As the French car manufacturer bids to turn around a fall in revenue and move on from the disruption caused by the arrest of former Renault-Nissan alliance boss Carlos Ghosn last year, it is to examine all aspects of its business.

During a conference call with investors on Friday, interim CEO Clotilde Delbos made clear that although she was not specifically targeting Renault’s F1 programme, its grand prix activities would fall under the spotlight of a review that was about to begin.

Key to its long-term ambitions will be to analyse the ‘Drive the Future’ strategy that had been implemented by Ghosn back in 2017, and which could now be changed if Renault feels it no longer suits its needs.

Asked whether Renault would consider stopping non-essential activities like F1 and its Alpine brand, Delbos said: “I am not specifically targeting those two activities that you mentioned but clearly the review of the ‘Drive the Future’ plans means that we put [everything] on the table.

“It is like a normal process. It is just not a minor review. We are really launching a deep review of our ‘Drive the Future’ plan in order to take into account the new context of the market, the change in usage, mobility etc. and the current situation of the group.

“Everything can be on the table at some point. This is a deep review of our strategy and of our plan.”

Ghosn was a driving force in committing Renault to return to F1 as a works team in 2016, with it being given a long-term plan to return to the front of grand prix racing.

But while the works team had made progress to finish fourth in the constructors’ championship last year, this season has been more of a struggle.

As well as suffering reliability problems earlier in the campaign which hindered its points-scoring potential, Renault more recently was disqualified from the Japanese Grand Prix for running what stewards ruled was a driver aid.

The team is also having to face up to the fact that despite the introduction of a budget cap from 2021, it will likely have to increase its own financial commitment if it is to take on the might of Mercedes, Ferrari and Red Bull.

Renault announced that group revenue fell 1.6% to 11.3 billion Euro in the third quarter on the back of a changing dynamic in the road car markets – especially a shift away from diesel engines. Sales by volume were down 4.4%.

The fresh questions about Renault's F1 team comes against the backdrop of a commitment the company made on its return to continue beyond 2021 at least as an engine supplier in return for improved commercial rights income terms.

However, that situation has now shifted with Renault not currently having any customer terms after next year.

Renault F1 managing director Cyril Abiteboul said: "We are under the Concorde Agreement, a bipartite agreement, until the end of 2020, like every single team in the paddock.

"There is a new Concorde, 2021-2025, that will be offered. And in addition to that we have as we said previously some form of commitment towards supply of engine.

"But as you know, we are not supplying engines to anyone apart from us."