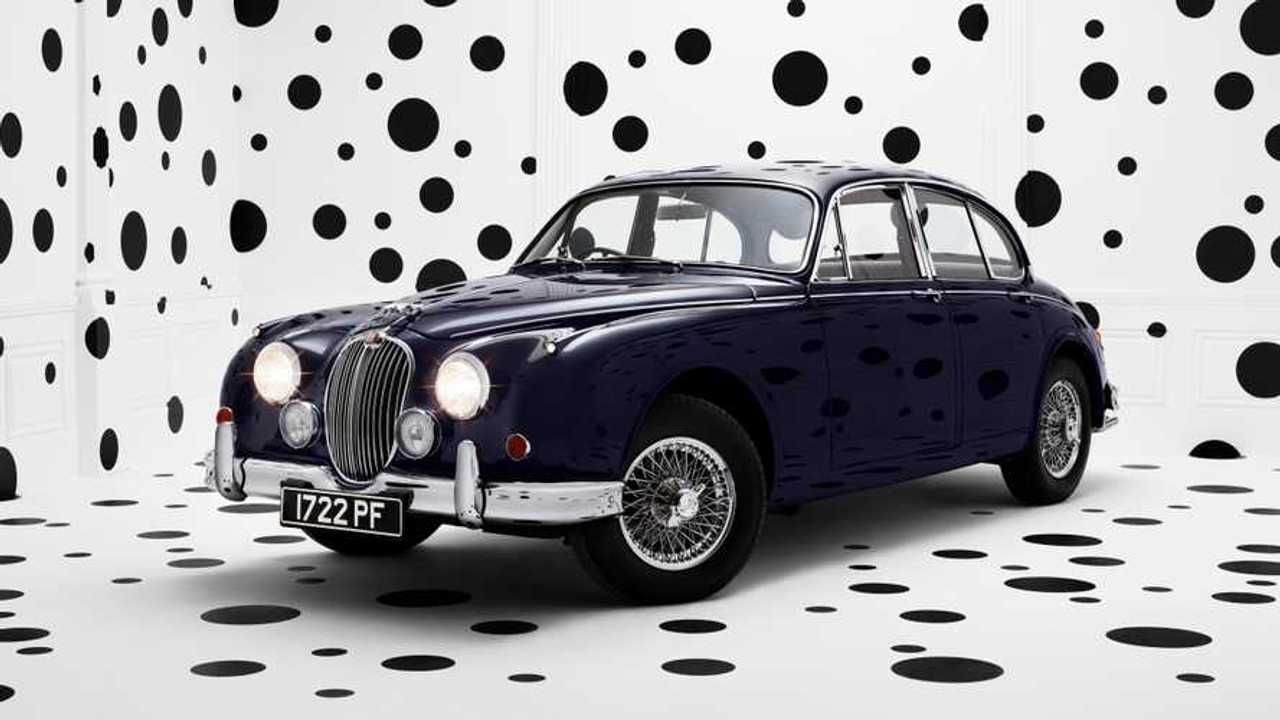 Marking 60 years of a legend.

Jaguar has marked the 60th anniversary of the legendary Mk 2 with a series of tribute photographs.

The series, called 'Rooms by Rankin', is the result of a unique partnership between Jaguar and famed fashion and style photographer Rankin.

Check out these other legendary Jags

"The Jaguar Mk 2 is a very special car – undeniably beautiful and well-proportioned," said Rankin. "I wanted to create something that celebrated the Mk 2’s form and its heritage, but also had a thoroughly modern edge to it."

The series commemorates Jaguar's modern-day saloons, the XF and the XE, as well as the Mk 2. For the third and final part of the series Rankin created 'Period Drama' for the Mk 2 – a white room setting with black polka dots (top of page).

"Polka dots are perfect for the Mk 2. They can be wistfully nostalgic and they also have a modern currency that makes them a timeless classic," said Jaguar Design Director, Julian Thomson. "Rankin has managed to produce a truly stand-out creation. It’s elegant and has a captivating charm that we all appreciate at Jaguar."

The Mk 2 chosen for the 'Rooms by Rankin' shoot is a Dark Blue 3.8-litre manual from the Jaguar Classic Collection. The model was initially launched at the 1959 Earls Court Motor Show in London. The car was an instant hit, with its 220 bhp, 3.8-litre engine derived from that used in the Xk giving it an impressive top speed of 125 mph. That helped it not only be a potent weapon on the road, but on the track too. In the hands of the likes of Roy Salvadori and Graham Hill it scored countless touring car victories.