Alpina B3 Saloon arrives in Tokyo with 188 mph top speed 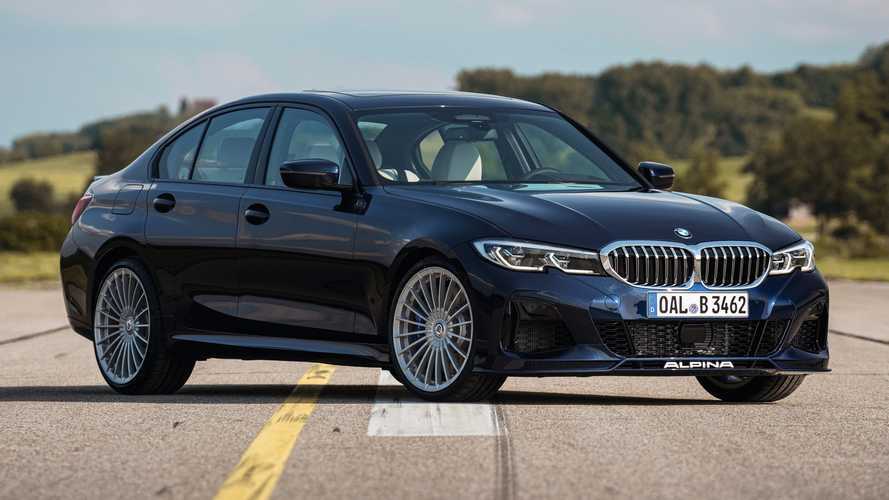 462 bhp to bridge the gap between the M340i and the M3 Competition.

Alpina took the somewhat surprising decision to roll out the new B3 initially in Touring form by unveiling the estate last month at the Frankfurt Motor Show. The saloon is now ready for the spotlight in Tokyo where the Buchloe-based marque has introduced what many will consider as a model to bridge the gap between the M340i xDrive and the future M3 Saloon Competition.

Speaking of the M3, the new Alpina B3 uses the same turbocharged straight-six 3.0-litre unit you’ll find next year under the bonnet of Bavaria’s performance saloon. The engine made its debut a few months ago in the X3 M and X4 M pair of SUVs, and in this Alpina application it has been tuned to deliver 462 bhp and 516 pound-feet of torque.

That means it’s comfortably positioned above the 369-bhp M340i without stepping on the M3 Competition’s toes as the latter will have over 500 bhp. Some will probably see the new B3 as an alternative to the regular M3, which should have around 472 bhp like the non-Competition M versions of the aforementioned SUVs.

Riding on Alpina’s beautiful signature 20-inch wheels, the B3 Saloon effortlessly hits 62 mph from a standstill in 3.8 seconds and needs 13.4 seconds from 0 to 124 mph. Flat out, it will do a respectable 188 mph, thus making it one of the fastest saloons in the world. By the way, Alpina holds that speed title among four-door models with the 205-mph B7.

What else is coming from Alpina?

Mechanical tweaks include fully adaptive dampers, Eibach springs, and bigger stabiliser bars, while an electronically controlled limited-slip differential at the rear axle provides the B3 Saloon with sharper handling. An upgraded set of brakes at both axles ensures superior stopping power necessary to match the extra performance compared to a regular 3 Series Saloon. In addition, Alpina has fiddled with the eight-speed ZF automatic transmission to enable quicker shift times and response, and the xDrive has also been revised to better cope with the power bump.

Alpina will start taking orders for the new B3 in Europe early next year.