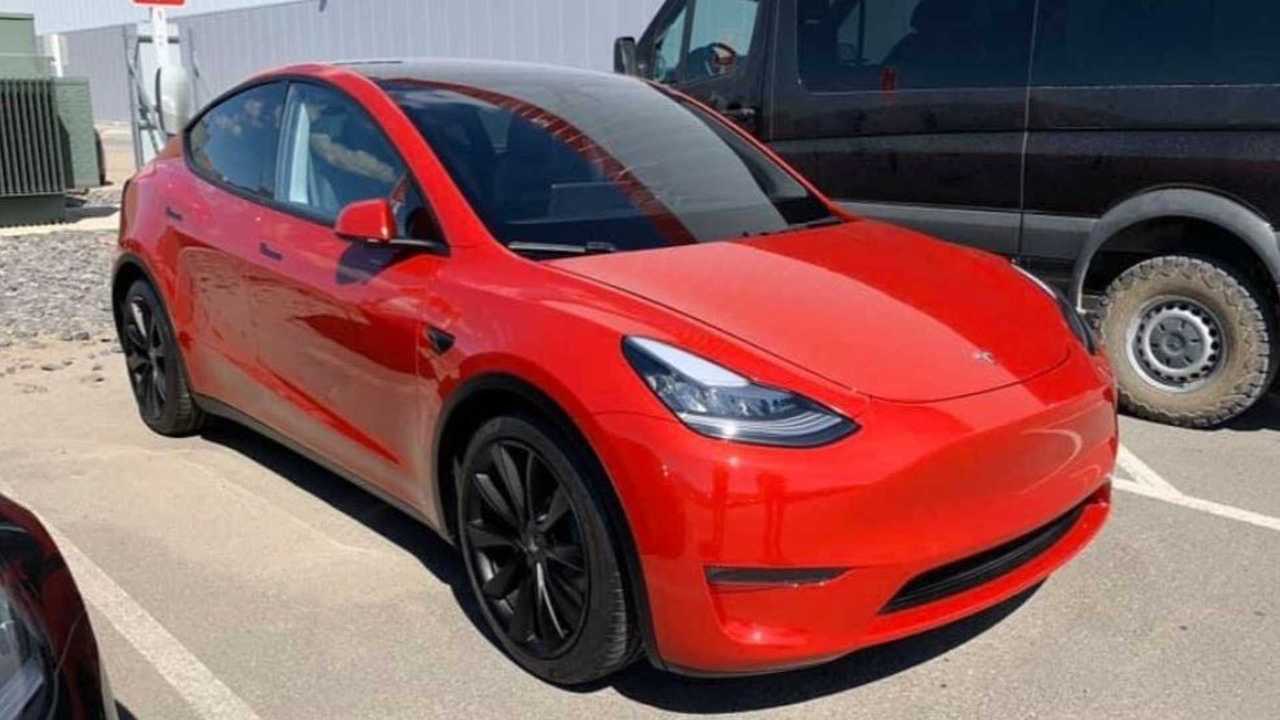 The colour makes a huge difference, but we really need to see it up-close and personal to make final impressions.

Just days ago, we posted an overload of the latest "spy images," or rather sightings of the pre-production Tesla Model Y. It's not really fair to call them spy images since Tesla clearly isn't going to great lengths to cover the car up. The Model Y is clearly out in the public around Fremont, California and even venturing out further. In fact, it has been spotted some 600 or more miles away.

Interestingly, however, while the Model Y isn't wearing any camo while it's out driving, though it has been seen with a cover on at Superchargers. This is likely because you can't get a very good view of the interior of the car or glean a lot of details when it's moving down the road.

However, if it's parked at a Supercharger for an extended period of time without cover, people could get right up close and snap shots or video of the all-electric crossover's interior, and most importantly, its third row, which hasn't been officially revealed.

The latest tweet, as embedded below, shows the Model Y in a new, sporty red colour. Even more important is that the picture was taken at Tesla Gigafactory 1 in Sparks, Nevada, which is a long distance away from the Silicon Valley automaker's homebase and primary manufacturing facility in Fremont, California.