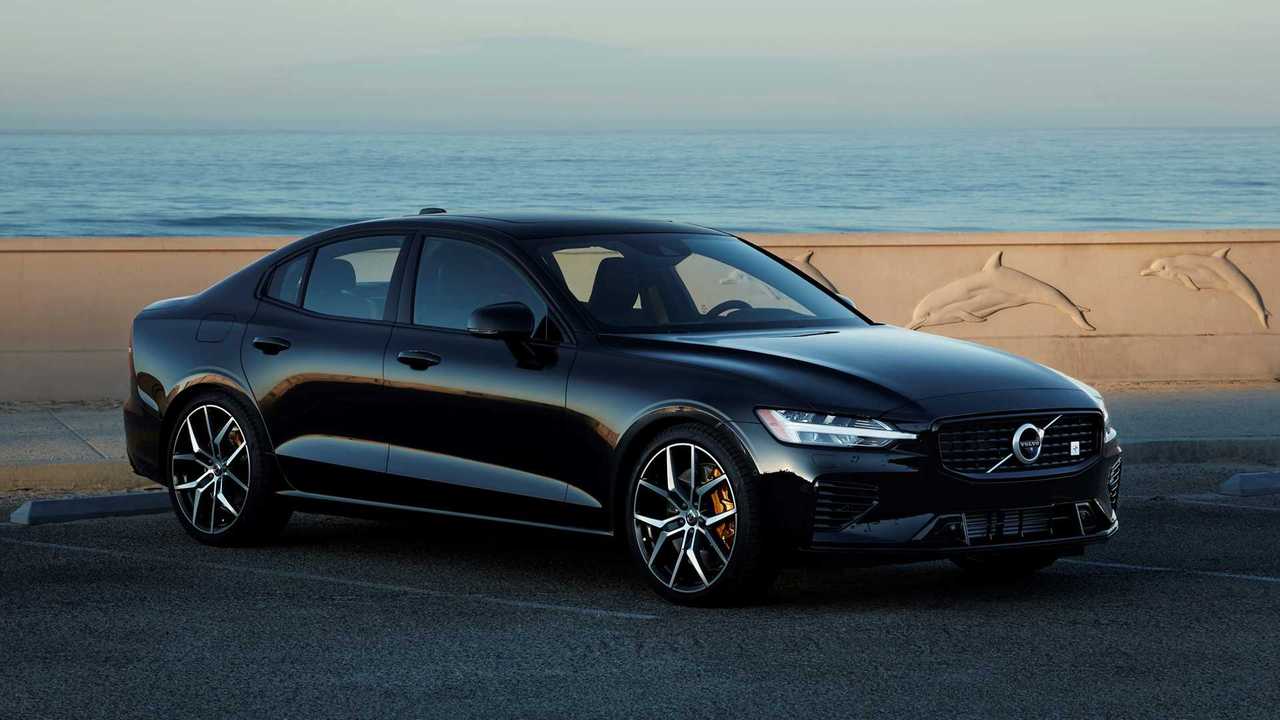 Volvo has confirmed new Polestar-engineered versions of its S60 saloon, V60 estate and XC60 SUV will be coming to the UK.

Once the name given to Volvo’s high-performance models, Polestar has now become a standalone brand in its own right, creating plug-in hybrid and electric premium cars. However, the Polestar name is returning to Volvo’s models, adorning these new go-faster plug-in hybrid variants.

Polestar 2 adds Performance Pack for only £5,000

All three vehicles use Volvo’s T8 plug-in hybrid powertrain, which combines a 2-litre, four-cylinder petrol engine with electric power. Together, the combination already produces 385 bhp, but the Polestar variants up the petrol engine’s power so the whole lot produces 400 bhp. It isn’t a huge increase, but it’s enough to cut the S60’s 0-62 mph time to 4.4 seconds, making it the fastest-accelerating Volvo ever made.

Despite this performance, the plug-in hybrid powertrain also lends itself to efficiency. The Polestar version of the S60 will manage more than 104 mpg on the official WLTP economy and emissions test, with a 27-mile all-electric, zero-emission range.

But the Polestar tweaks aren’t limited to the power delivery. The cars’ gearboxes have also been tuned to offer faster gearshifts, while the software has been changed to minimise gear changes when cornering quickly. The brakes have been uprated, too, while the suspension includes new shock absorbers that Volvo says ensure an “excellent balance between handling precision and ride comfort”.

The Polestar cars are set apart by their styling, too. Bigger alloy wheels are a standard feature, with 19-inch rims on the S60 and V60, while the XC60 gets enormous 21-inch wheels. Polestar emblems feature at both ends, and there’s a black surround for the front grille, as well as a black chrome finish on the exhaust pipes. On the inside, there are gold-coloured seatbelts and a stitched finish on the instrument panel.

In terms of equipment, the Polestar cars sit above the R-Design versions of the S60 and V60, and the R-Design Pro version of the XC60. That means prices start at £56,105, £57,205 and £64,545 respectively, but that money does get you plenty of kit. The S60 and V60 get all the R-Design features, plus a heated steering wheel, Harman Kardon premium audio system and aluminium front tread plates, while the XC60 gets much the same treatment, plus metallic paint. All three models are on sale now, with the first deliveries planned before the end of the year.

“These new Polestar Engineered cars perfectly illustrate Volvo’s approach to electrified performance,” said Matt Galvin, Volvo Car UK’s sales director. “By combining a powerful plug-in hybrid set-up with the engineering expertise of Polestar, they offer scintillating performance with the ability to run in electric-only mode, thus creating no tailpipe emissions. We’re sure this pure, progressive performance will be a hit with customers who want a distinctive, exclusive and efficient high-performance car.”