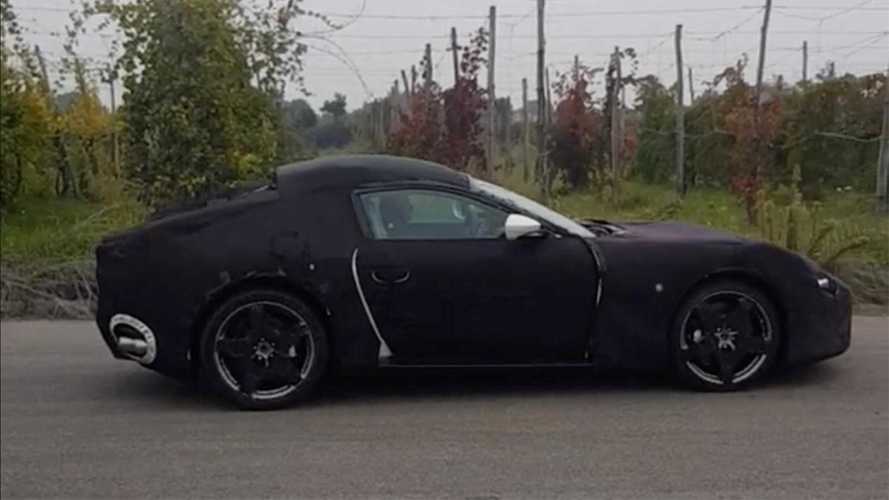 It could debut as soon as November 13 at an event in Rome.

A spy video appears to catch Ferrari's development of what appears to be a fixed-roof version of the Portofino. The vehicle is under heavy camouflage, including panels to distort the appearance of the roof and rear deck. Details about the vehicle are still scant at this time, but the folks on the Ferrari Chat forum appear to have a little information about the machine.

This vehicle is, in essence, a fixed-roof Portofino, but there's possibly a somewhat shorter wheelbase than the droptop. It allegedly arrives under a completely different model name, though. There's a debate on Ferrari Chat about whether the vehicle retains the Portofino's mostly useless 2+2 seating layout or if the Prancing Horse would make this version purely for a pair of occupants.

At the introduction, the Portofino coupe has the same powertrain as the convertible by using a 3.9-litre twin-turbo. In the droptop, this powerplant makes 600 bhp and 560 lb-ft of torque. It runs through a seven-speed dual-clutch gearbox. There's speculation that Ferrari's new V6 hybrid could join the lineup later.

Multiple members of the Ferrari Chat forum report that they are seeing the fixed-roof Portofino either on November 13 or 14 at an event in Rome, Italy.

Following the Portofino's debut in 2017, Ferrari was clear that it engineered the model to be simpler than the California T predecessor. The new vehicle featured 40 percent fewer parts, which resulted in advantages like lower weight, better rigidity, and less complex assembly. By removing the Portofino's roof-folding mechanism, this coupe could take even better advantage of these efficiencies from the elimination of even more components.