Just one in 10 say all-lane running is safer than having a hard shoulder.

Seven in 10 British motorists think smart motorways are more dangerous than their conventional equivalents, according to new research. 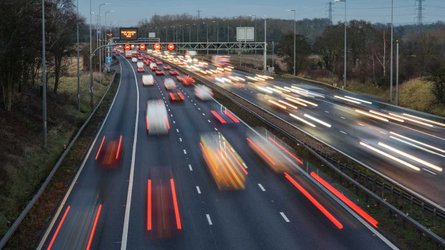 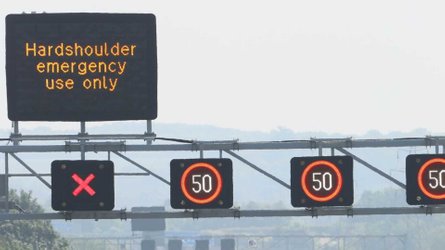 A study by the AA found that 71 percent of the 15,000 drivers it questioned felt all-lane running motorways, which use the hard shoulder as a ‘live’ lane and feature overhead gantries to control traffic, feel less safe than conventional three-lane motorways with permanent hard shoulders. Just one in 10 respondents (10 percent) said they felt safer on smart motorways than on their conventional predecessors.

The research also unmasked public concern about the Emergency Refuge Areas (ERAs) introduced in lieu of hard shoulders on smart motorways. Spaced at regular intervals, these areas are designed as a safe haven for stricken vehicles, but the AA’s research found trust in this road design is waning.

According to the organisation, research carried out in 2016 found that almost a quarter of respondents thought the 1.5-mile gap between ERAs was sufficient. In 2019, though, that proportion fell to 16 percent.

From April 2020, all new schemes will have ERA spaced at every mile, but only four in 10 drivers (41 percent) said they thought that distance was suitable. Almost two-thirds of respondents (63 percent) said they believe ERAs should be spaced every half-mile.

The latest study follows a period of scrutiny for all-lane running after the AA uncovered a Highways England report suggesting the average time taken to detect a broken-down car in a live lane of the M25 was more than 17 minutes. At the time, the AA urged the authorities to stop the rollout of all-lane running, saying “there have been too many incidents”. Highways England later came out in defence of the smart motorway network, with the organisation’s chief engineer saying smart motorways were “good for drivers”.

But Edmund King, the AA’s president, said the government should look into the safety of the all-lane running motorways, as the public’s trust in the roads has “evaporated”.

“We believe the Secretary of State should now announce a review into the safety of all-lane running schemes,” he said. “Unfortunately we have already seen fatalities where vehicles have been left in vulnerable positions in live lanes. Previous research has shown that if Stopped Vehicle Detection is not in place it takes an average of 17 minutes to spot a stationary vehicle in a live lane.

“Our new study shows that public trust on removing the hard shoulder has pretty much evaporated. Before any further schemes begin, we need an urgent and independent review into the safety of existing schemes.”

But Highways England remains confident in its road design, citing research that suggests drivers are content on smart motorways and casualty rates are falling.

“Evidence indicates that motorways without hard shoulders are helping to improve safety with casualty rates falling by more than 25 percent," argued a Highways England spokesperson. "Independent research from watchdog Transport Focus shows that a clear majority of drivers, more than 90 percent, do feel confident driving on motorways.

“Smart motorways include more features than conventional motorways to further enhance safety, and both are significantly safer for drivers than other roads. We will, of course, continue to monitor the safety performance of smart motorways – as we do with all of our roads - and are rolling out enhancements to improve the road user experience further.

“These include reducing the distance between places to stop in an emergency on smart motorways, such as emergency areas, motorway service areas and hard shoulders on junction slip roads, to one mile apart. They are currently 1.5 miles apart – on average every 75 seconds at 60mph. We’re also making them more visible – we’ve already made more than 140 more visible by turning them orange and improving signage.”