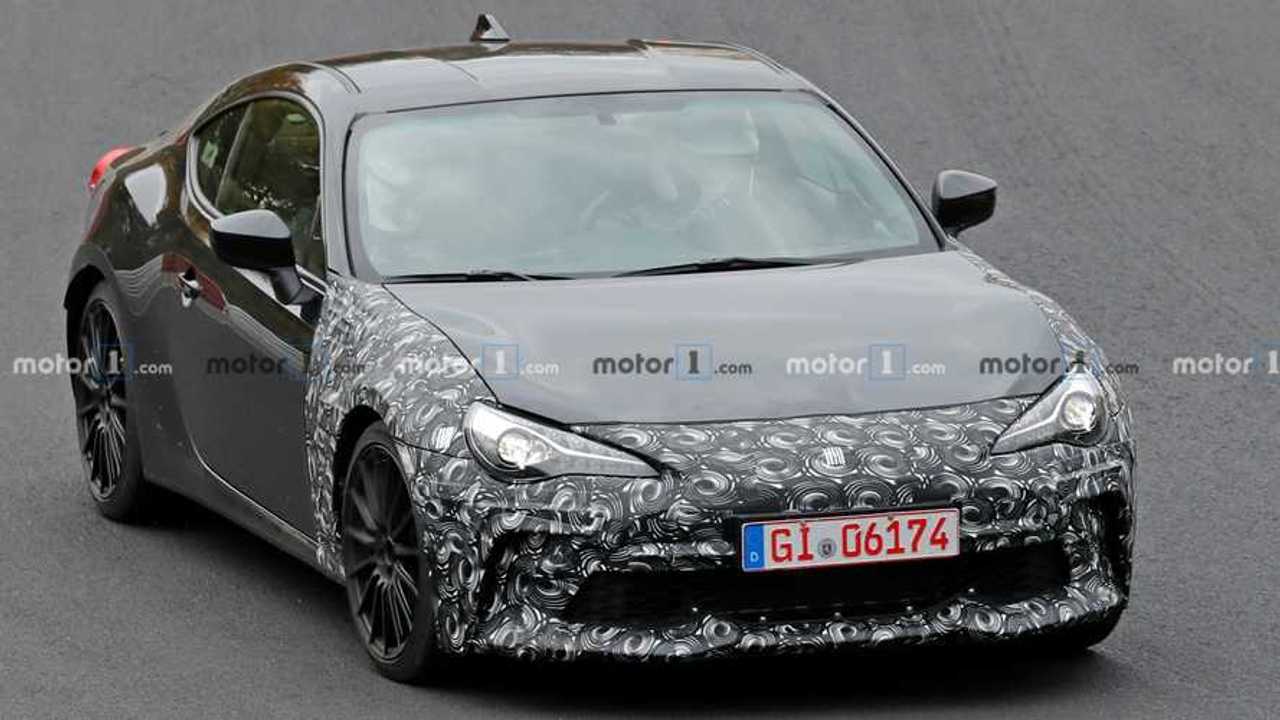 There are now vents behind the front wheels.

While Toyota and Subaru are officially developing a new generation of the GT86/BRZ, new spy shots indicate that Subie still has plans for tweaks to the current version of the coupe. The car is lapping the Nürburgring with camouflage over the front end and fender wings.

The concealment doesn't hide that this BRZ is wearing a new front fascia. Unlike the existing model, there's an opening that spans almost the entire width of the vehicle's face, except for a vertical inlet at each corner. The pointed area in the cutout for the headlights appears sharper, too.

Focusing on the fender wings, there are finned outlets visible behind the wheel wells. If they're functional, then the pieces could work with the inlets in the front fascia to pull air across the brakes to make them cooler during hard driving.

A new BRZ is on the way:

The headlights have the same shape, but with a new layout for the lamps. The DRLs are now only along the top section. The projectors also look different.

At the back, there are some very minor tweaks. Red tape on the top of the headlights suggests design changes for them. There appears to be a tiny boot lip spoiler under some concealment, too. Tiny changes to the simulated rear diffuser add horizontal details on each side of the dual exhaust outlets.

Powertrain and mechanical changes for this BRZ are a mystery.

Our spies speculate that this could be a styling refresh for the BRZ. However, don't rule out the possibility of Subie developing a new special model like the recent tS variant. There's no info about when these styling changes might arrive in showrooms.