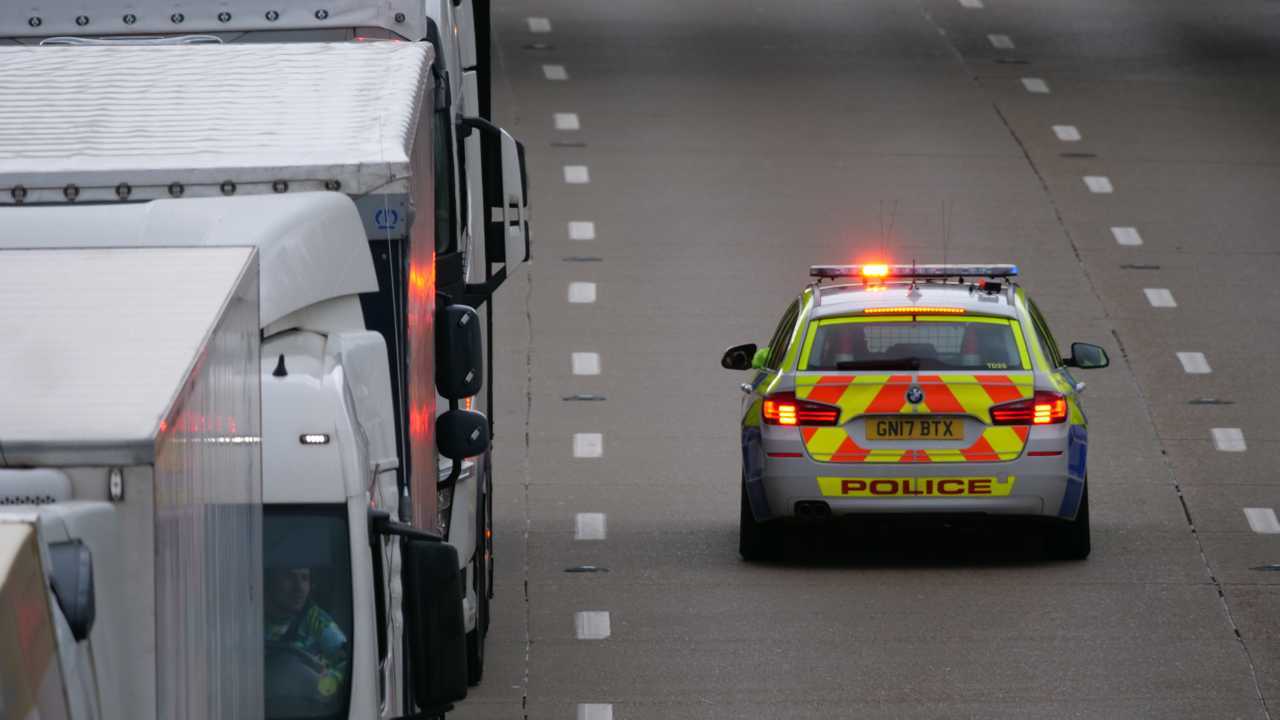 Operation Brock is designed to keep the M20 moving in both directions.

The government is preparing to start traffic management on the M20 in Kent in a bid to keep vehicles moving if Brexit causes border delays at Dover.

Operation Brock is poised to come into force on October 28 as part of the government’s Brexit preparations. The Department for Transport (DfT) says the system, which allows traffic to flow on both sides of the M20 even if trucks are queuing for the Port of Dover, will “help keep trade moving in and out of the UK”.

The government claims it has worked closely with the Kent Resilience Forum to implement the scheme, which it says will “manage” any delays for freight vehicles travelling to Europe. And the DfT also says the keeping the M20 open will help protect local roads from getting clogged with traffic.

As part of Operation Brock, the government says hauliers heading to Europe via the Port of Dover or Eurotunnel will need to follow Operation Brock routes and adhere to all diversions, instructions and speed restrictions, rather than relying on satellite navigation systems. They will also need to have the correct paperwork to hand before reaching the border, or they will risk facing fines and further delays.

New legislation is being introduced to keep trucks on main routes and away from local roads, which the DfT says will prevent the disruption impacting locals too greatly. Highways England traffic officers in Kent will have “new and enhanced” powers from October 31, in a bid to ensure hauliers comply with the system.

However, the holding areas required for the scheme will require work before they can be “activated”. As a result, Highways England will be running overnight closures on the M20 between junctions seven and nine so “final preparations can be carried out safely”.

“We want residents in Kent and hauliers travelling from across the EU to be reassured that there are robust plans in place to deal with any disruption in the event of a no-deal Brexit,” said Transport Minister Chris Heaton-Harris. “We now need everyone to do their bit – whether you are travelling to see family, heading to work or transporting vital goods around the country, please check before you travel to ensure you know what to expect and have the right documents when heading to the border.”

“Any move which keeps traffic flowing to and from the coast, and through and around Kent, is to be welcomed in order to keep Britain trading,” she said. “Our members have been asking for clarity on the arrangements for some time, so this news will help them to prepare for a potential no-deal Brexit and any resulting traffic disruption which may occur.”