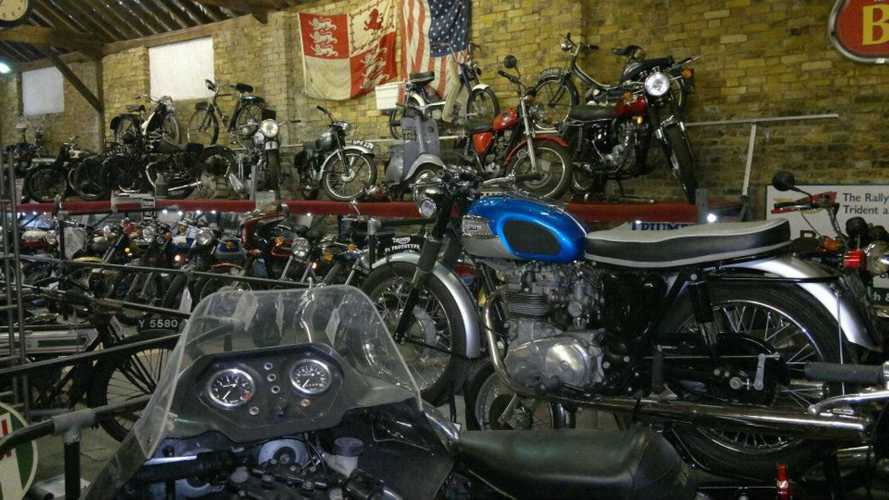 After twenty years in operation, the London Motorcycle Museum has closed its doors. Rising rents and a lack of funding have made staying in business impossible for its founder and his family. On October 19, 2019, the museum will auction off a majority of the 200 bikes it had on display.

The Peril Speed Equipe trio can be yours

The museum cites quickly rising rent costs as the reason behind their closure, saying that the monthly cost of their current location has gone up 100 percent in recent years. Staff searched for a new location in the city but couldn’t find one that met their needs at a price they could afford. Rather than continue the search, the museum closed and will put up most of their collection for auction. The announcement to close comes after repeated efforts by the museum to raise money or get assistance paying the rent. Text on the museum website states that a new lease was able to be negotiated and that it has long-term stability, but it’s unclear when the information was written.

Over half of the collection belongs to Bill Crosby, the museum's founder, who began hoarding motorcycles decades earlier. It took nearly 65 years for Crosby to build his collection, but he says that without funding for the museum he has no choice but to sell. The museum was founded in 1999 and housed Crosby’s entire private collection of 200 motorcycles, some dating back to 1907.

There will be some rare metal hitting the market when these bikes go up for sale. There’s everything from an 1870 Bone Shaker bicycle to Bruce Anstey’s TT winning Triumph from 2003. Other notable motorcycles include a BSA Goldstar and four Triumph triples. It’s unclear which bikes, if any, Crosby will hold on to beyond the auction date, but there are plenty of desirable models to pick from if he does.