Onboard footage shows the hypercar going from 0 to 400 km/h and then back to 0.

31.49 seconds – that’s all the time the Regera needed to not just hit 248.5 mph, but also come to a halt after reaching those impressive velocities. It happened about three weeks ago at the Råda military in Sweden, with Koenigsegg factory driver Sonny Persson behind the wheel of the car that managed to shave off nearly two seconds from the company’s previous record established with the Agera RS.

After providing spectacular footage of the record run shot from the outside, Koenigsegg has now released an onboard video allowing us to get a better idea of what it’s like to reach that kind of speed and then slam on the brakes for a full stop. As previously mentioned, the only modifications made to the Agera RS were the roll cage you can easily see in this new video and the four-point harness to boost driver’s safety. In addition, there was also a Racelogic VBox to grab all the essential data.

The new Jesko aims to be even faster: 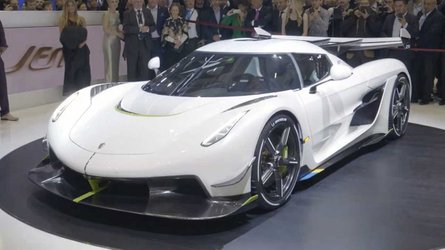 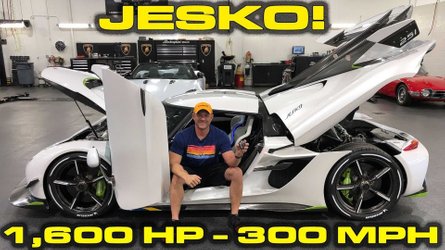 Complementing the new video is a bit of telemetry data showing how the gearbox-less Regera furiously accelerated all the way up to 249 mph and how the driver had to endure negative G forces during hard braking. In case you haven’t seen the mind-blowing performance numbers achieved by the Swedish hypercar yet, here they are once again:

There’s more to come from the 1,500-horsepower Regera as Koenigsegg hinted in the previous video the car will be put through its paces in a top speed run. The official specs sheet says it can do 255 mph, but bear in mind that’s actually electronically governed, so we’re wondering what the hypercar is truly capable of once the limiter is removed. Time will tell.