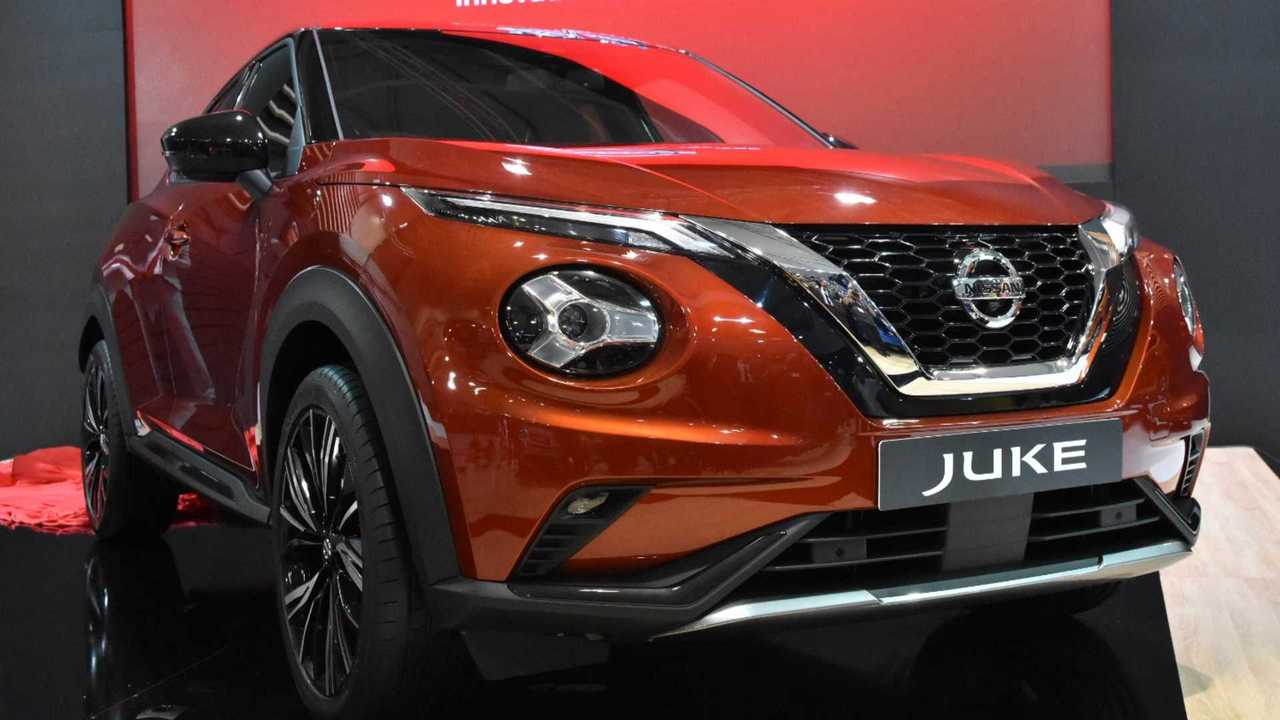 Euro sales kick off next month.

The second generation Nissan Juke made its official online debut in early September but the funky crossover was not in Frankfurt a few weeks later. Instead, Nissan has decided to display the vehicle publicly for the first time during the 2019 Sofia Motor Show, which is the final European auto show from the International Organisation of Motor Vehicle Manufacturers' (OICA) 2019 calendar. We were there to shoot the new Juke right before its market launch on the Old Continent scheduled for next month.

Displayed in Sofia is a fully equipped example with leather and Alcantara interior, Bose premium audio system, heated seats, decoration inserts for the bumpers, and 19-inch two-tone alloy wheels. Under the bonnet is the company’s new 1.0-litre three-cylinder turbocharged petrol engine, good for 117 bhp mated to a six-speed manual gearbox. Optionally available on most markets will be a seven-speed dual-clutch automatic transmission.

As you can see from the attached images, the exterior design of the new Juke is easier on the eyes. Not only that, but the proportions and larger overall dimensions of the crossover give it a roomier cabin with 5.8 centimetres more legroom compared to the outgoing model and roughly 1.1 cm more headroom. Behind the passengers you'll find 422 litres of cargo space, which is a 20 percent increase over the model’s predecessor.

The new Juke in details:

As mentioned, the new Juke goes on sale late next month with prices starting at £17,395 for the base Visia trim. The range-topping Premiere Edition will set you back at least £23,995. Deliveries are expected to begin next month. A performance Nismo version could be planned for a launch later during the model's lifecycle.