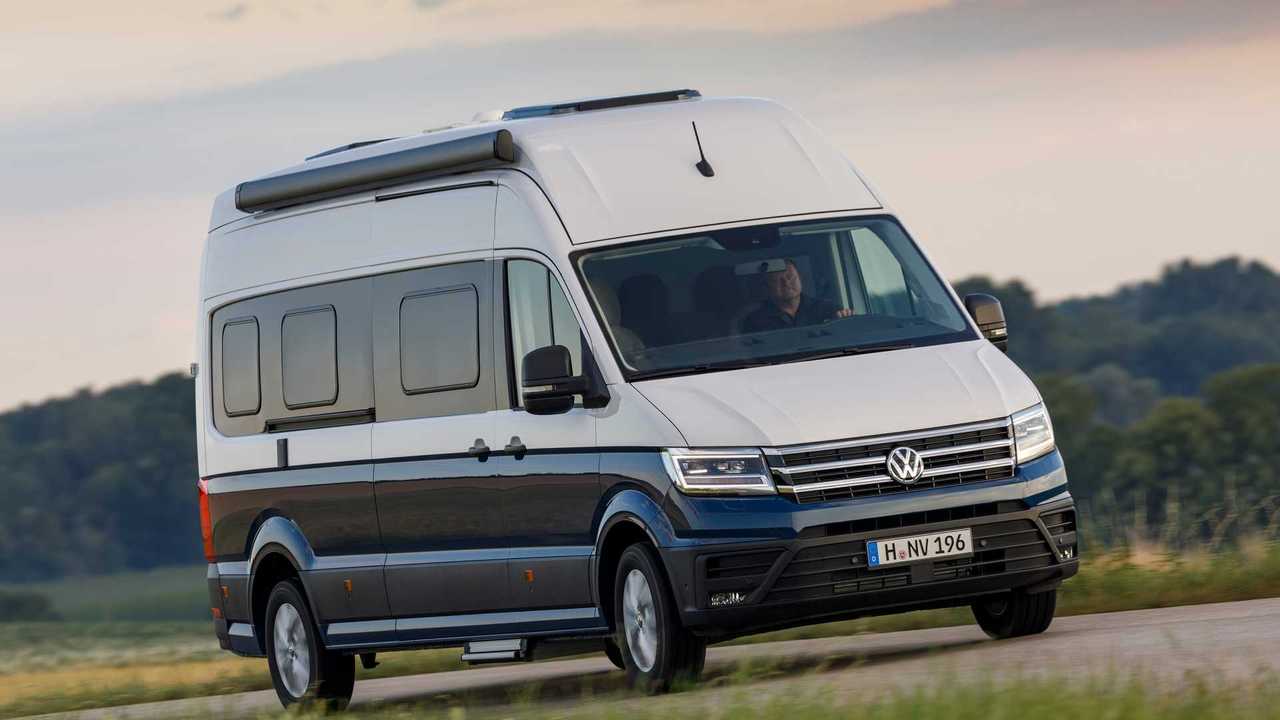 Stretched camper comes with a separate wet room and safety kit from the Crafter van.

The new Volkswagen Grand California campervan will arrive in UK showrooms at the beginning of next year with prices starting at £68,899.

Unlike the smaller California, which is based on the Transporter van, the Grand California is built on Crafter underpinnings, offering customers much more space. The basic 600 model, which measures six metres, comes with a wetroom with toilet, shower and wash basin, as well as shelves, cupboards and a skylight for ventilation. The longer 680 model, which comes in at six metres, has a double bed at the rear as well as an overcab bed for children.

Both variants will come with a 2-litre diesel engine as standard, providing 174 bhp. That transmits power to the wheels via an eight-speed automatic gearbox, and customers can choose between front- and four-wheel-drive versions.

The headline price of £68,899, which includes VAT but not on-the-road charges, buys the 600 model, but prices rise to £78,145 for the 680 with VW’s 4Motion four-wheel-drive system. And although the first vehicles are expected in Van Centres during the early part of 2020, the first customer deliveries are not expected until the spring.

Customers can already pre-order the vehicle, which will go on display at this week’s Motorhome and Caravan Show at Birmingham’s NEC exhibition centre. The show, which runs from Tuesday, October 15, to Sunday, October 20, opens its doors to the public from 10am to 6pm.

Those not attending the show, though, can place their orders at Volkswagen Tour dealers, of which there are 38 in the UK. However, because the vehicle is based on a Crafter, the vehicles can be serviced and maintained at any VW Van Centre or Authorised Repairer. That means there’s a maintenance network of around 100 sites.

At the same time, VW is also hawking the new California Ocean at the Motorhome and Caravan Show, with the company advertising some offers it describes as “very competitive” between now and the end of the year. These include deposit contributions, free services, and a variety of finance deals, including Hire Purchase and Solutions Personal Contract Plans. The California is the only VW model being offered with a ten year Hire Purchase finance contract.

Those choosing to put their name down for a standard California at the show will be offered a free bike rack as part of the deal. Usually an option costing £549.50 plus fitting, VW says the rear-mounted carrier is one of the most popular add-ons for the camper van.