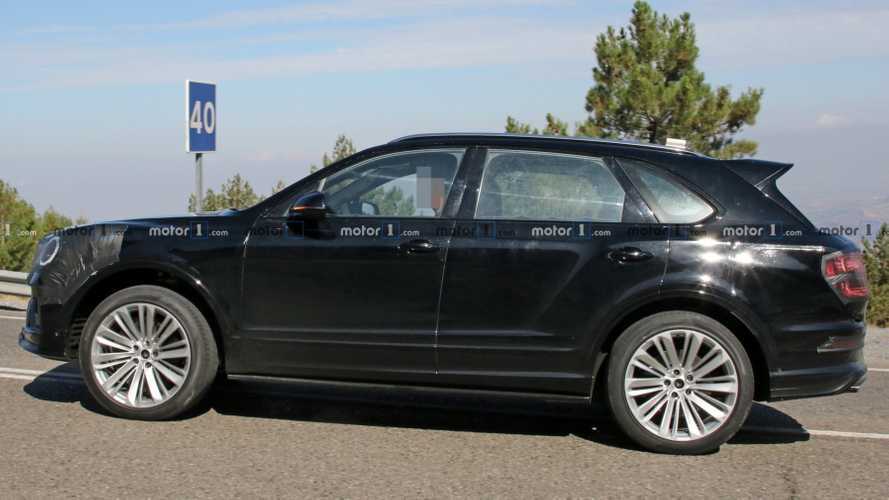 We spied the refreshed Bentley Bentayga for the first time in August this year and today we have a new batch of spy shots to share, showing the posh SUV wearing disguise on the headlights and taillights. Obviously, no major design changes are in the cards for the Bentayga but there are a few things that are worth noting.

Starting with the front fascia, the camouflage suggests there might be some little tweaks to the internal graphics of the headlamps. Even the untrained eye will spot the overall layout of four round headlights remains unchanged but there seem to be revisions to the lower part of the bumper and the area surrounding the fog lamps. The grille could also be replaced.

The changes are minor at the back too, where we can see the taillights are covered in tape, which again hints at some little revisions. Small parts of the bumper are also disguised but everything else with the SUV appears to be unchanged compared to the model that’s on sale today. As a side note, the oval exhaust tips tell is this prototype is most likely powered by a 6.0-litre W12 engine.

Our photographers told us this test mule had concealment over its cabin, which suggests there are some tweaks in there that Bentley doesn't want the world to see. The refresh would give Bentley an opportunity to update the Bentayga's infotainment system, though. Tweaks to the interior trim are also likely.

The current Bentayga W12 has a 6.0-litre engine, which propels the vehicle from a standstill to 60 miles per hour in 4.0 seconds. The Bentayga Speed uses the same engine, but tuned to deliver more power, which results in a 0.2 seconds faster acceleration and a higher top speed of 190 mph.