McLaren and OnePlus team up to create superfast smartphone 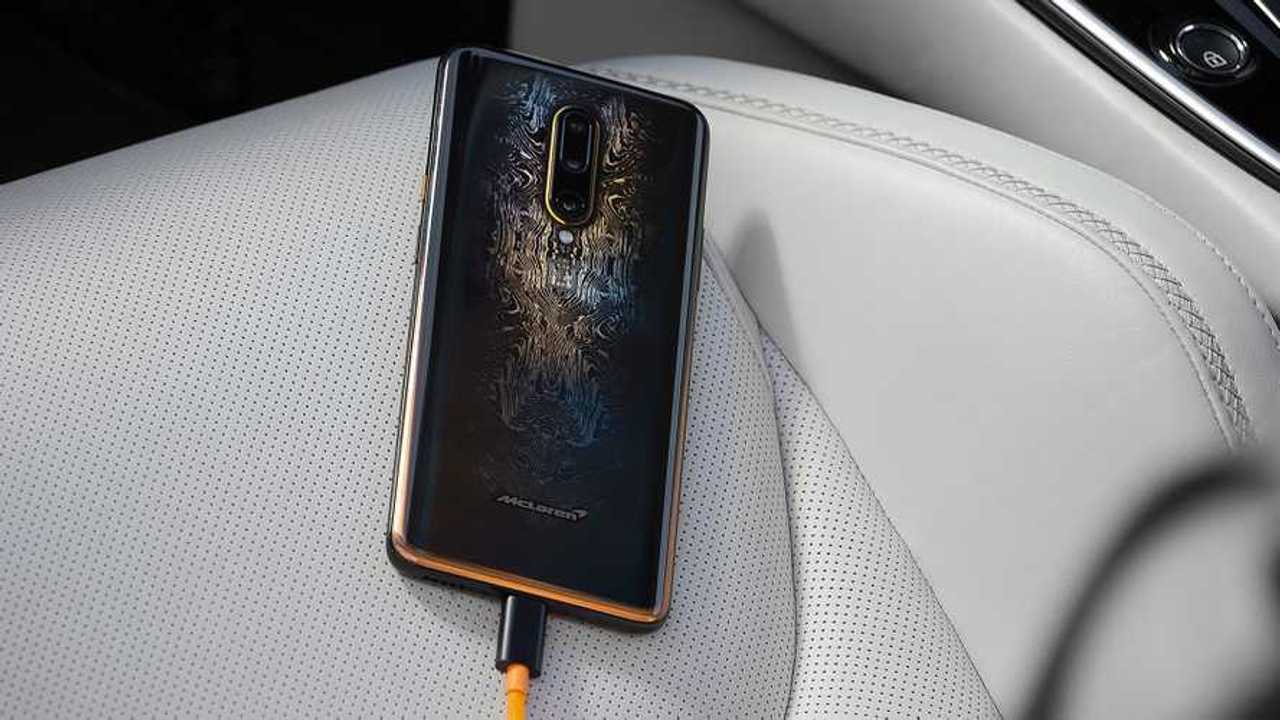 OnePlus 6T McLaren Edition is the supercar of smartphones

Dubbed the 7T Pro McLaren Edition, the phone is based on the new iPhone 11-rivalling 7T Pro, but features design touches inspired by the Surrey-based car maker. It isn’t the first time the two firms have joined forces, with the new phone following on from the ‘Salute to Speed’ 6T McLaren Edition last year.

The 7T Pro McLaren Edition, though, gets an upgraded triple-lens camera, as well as a faster processor and 256 GB of storage, plus 12 GB of RAM. This specification, McLaren says, offers “unimaginable performance”, while the processor is also expected to offer improved “power efficiency”.

As with the old 6T, though, the 7T Pro gets a McLaren makeover, with the brand’s famous papaya orange paintwork subtly replicated on the case. The phone’s outer casing is also wrapped in Alcantara, the soft microfibre-style material used in the interior of McLaren cars and many race-prepared vehicles. The car manufacturer says the “instantly familiar” material offers “durability and unparalleled grip”, as well as being “instantly familiar” to fans of the brand.

But it isn’t just the outside of the phone that’s had the McLaren treatment, with a range of exclusive animations, themes and wallpapers featuring when the phone is used. The lock screen features a minimalist clock display, inspired by McLaren’s dashboard instrumentation, while notifications see the screen’s curved edges softly illuminate with a papaya orange glow. Custom-made icons, only available on the OnePlus 7T Pro McLaren Edition, complete the OnePlus “McLaren experience”.

“Following last year’s successful ‘Salute to Speed’ launch we’re excited to once again be launching a limited-edition McLaren device with our partner OnePlus,” said McLaren Automotive’s chief executive officer, Mike Flewitt. “We are two challenger brands whose restless pursuit of innovation reaches its pinnacle with the new OnePlus 7T Pro McLaren Edition. The OnePlus 7T Pro McLaren Edition celebrates our brands’ shared passion for design, craftmanship and innovation and we look forward to seeing how this is received by McLaren and technology fans worldwide.“

The OnePlus/McLaren collaboration is one of many car and smartphone tie-ups. Previous attempts to market car-themed phones include Vertu’s Ferrari and Bentley phones, as well as Oppo’s Lamborghini effort. Land Rover has also come up with a range of phones, including the 2018 Explore, which was water resistant and offered a huge battery pack and GPS system for finding your way when phone signal can’t find you.