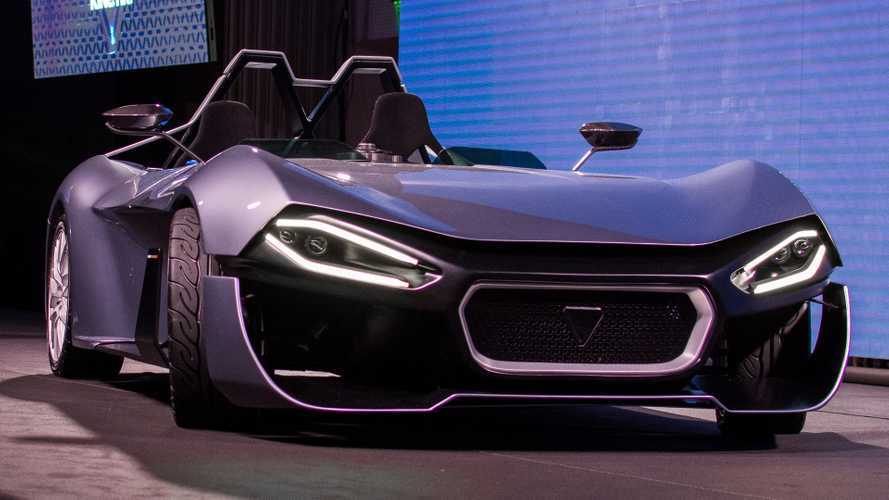 Caterham’s only all-electric product may be a cool electric bicycle revealed in 2014 but Bulgaria’s Kinetik Automotive is using a chassis developed by the British outfit to build the country’s first zero-emission sports car. Revealed yesterday at a special event for potential investors, customers, and media representatives in Sofia, the 07 is an open-top two-seater, which has been designed mainly for track use but is also street-legal.

As mentioned, the sports car rides on a lightweight platform provided by Caterham, on which Kinetik installs an electric powertrain capable of accelerating the vehicle from a standstill to 62 miles per hour in just 2.7 seconds. The base model has 644 bhp and more than 590 pound-feet of torque.

“It’s like driving a sports car in different worlds where different physical laws apply,” the company’s founder Teodosiy Teodosiev and lead designer Kostadin Kostadinov explain. “That’s how we describe driving our road legal track toy. Usually, the dynamics of the car is a two-dimensional story. In our case is multilayered novel. You can switch from hub motors to full rear power and enter in another dynamic dimension. Yes, most probably you haven’t experienced anything like this before behind a steering wheel.”

Almost the entire software architecture of the 07 comes from the Kinetik team and about 90 percent of the components used in the construction are unique to the electric sports car. Most of the exterior components are 3D-printed, which allows for further customisation and individualisation options depending on the customer’s wishes.

The interior is minimalist with a focus on the configurable digital screen, which operates in three different modes. Each one is designed to provide nothing more but a suitable amount of information at a glance and “aid the driving experience rather than distract from it.” Most of the materials in the cabin can be specified mixing “the tradition of the legendary Italian and British coachbuilders.”

Revealed for now is a pre-production prototype and, according to TopGear Bulgaria, Kinetik plans to begin production with a small series of seven cars.