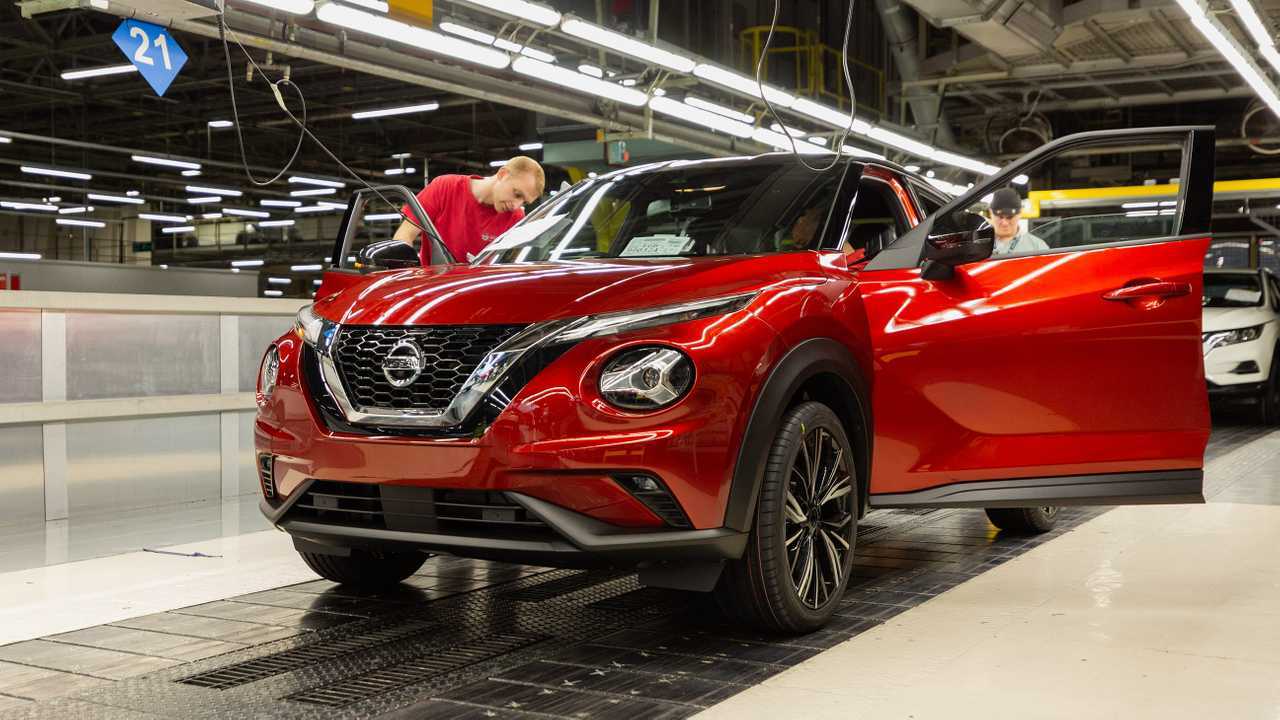 Production of the quirky crossover could still leave the UK though.

Nissan is axing its night time production shift at its plant in Sunderland, with the factory's output now being taken care of by two daytime shifts.

The move comes as the factory faces something of an uncertain future, with SUV production potentially moving from the plant in the event of a no-deal Brexit.

More on Nissan in the UK

Right now the upcoming second-generation Juke, which will go on sale in November, has just entered production at the facility on a revamped production line, but that decision could yet be reversed. Such a change wouldn't be a hardship for Nissan, with the company's crossover and SUV products already sharing platforms with offerings from sister company Renault. There has also been no mention of a hybrid version of the new Juke, meaning that should production be forced to move, the company would only need to move one drivetrain type to another factory.

More than a million Jukes have been built in Sunderland to-date, with 80,000 leaving the factory last year, accounting for around a fifth of the factory's overall output. One third of those were sold in the UK.

In addition to the Juke, the company has already reneged on its plan to build the new X-Trail SUV at the factory, which speculation suggests that production of the Qashqai could be moved to Spain.

Nissan's decision to axe its night shifts won't result in job losses however, according to Automotive News Europe, with the plant's switch to a pair of daytime production shifts making up for the change.

"Unite has been aware of this announcement for some time and our officers and reps at the plant have been working hard to ensure that the full workforce is protected," assistant general secretary at the Unite workers union, Steve Turner, said in a statement.

Nissan's Sunderland plant also builds the all-electric Leaf, so even if SUV production does leave the site post-Brexit, the factory's future is thought to be secure in one form or another.