VW Amarok gets not one but two new special editions 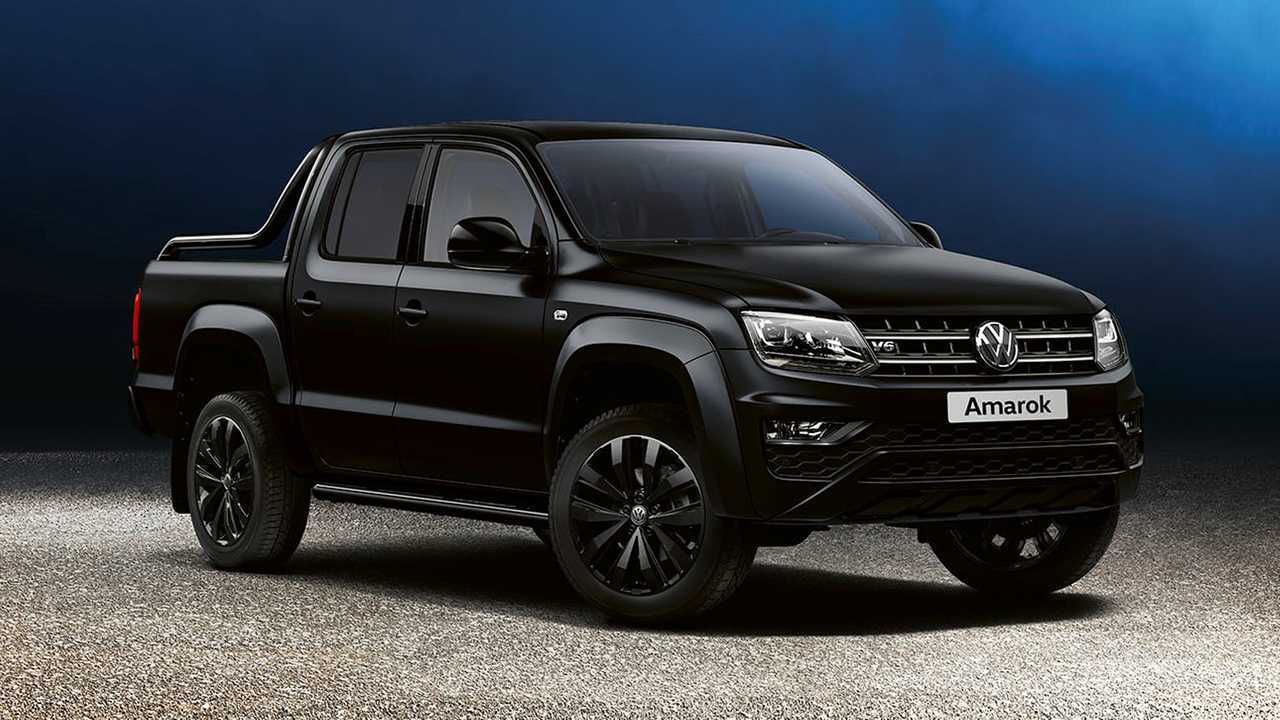 Volkswagen has launched two new special-edition variants of its Amarok, adding black trim and a range of upgrades to the popular pick-up truck.

Based on the range-topping Highline model, but offering a range of extra goodies, the special versions are called Black Edition and Aventura Black Edition. As you might expect, the Aventura variants are the more expensive of the two, offering a more comfortable interior and a more powerful engine as standard.

More on the VW Amarok:

The ‘basic’ Black Edition, though, still gets plenty of power. It’s equipped with a 3-litre V6 diesel engine as standard, and that pumps out 201 bhp, which is sent to all four wheels via an eight-speed automatic gearbox. However, customers can also choose a more potent 255 bhp version of that same 3-litre diesel engine.

Externally, the Black Edition is set apart by its 20-inch black Talca alloys, a black styling bar across the back of the cab and black rear bumpers. The vehicle also gets black side bars, black fog light frames and a black trim strip on the grille.

And that darkened theme continues inside, where there’s black headlining on the roof and a glossy black decorative insert on the dashboard. The cabin also gets a Discover Media Navigation system with European map data and an off-road information display, while the driver benefits from automatic windscreen wipers.

All that comes with an asking price of £34,835 plus VAT, which is the standard pricing format for pick-up trucks designed for use by businesses. For private buyers, though, that equates to £42,885 on the road. The more powerful version, however, costs £38,465 plus VAT, or £47,241 for private customers.

As an option, customers can spend £2,420 on matt paint, which VW says is 24 percent cheaper than it ordinarily would be, while Mountain Top roll covers for the load bay are also available. Priced at £1,665, the covers come fitted to the vehicle.