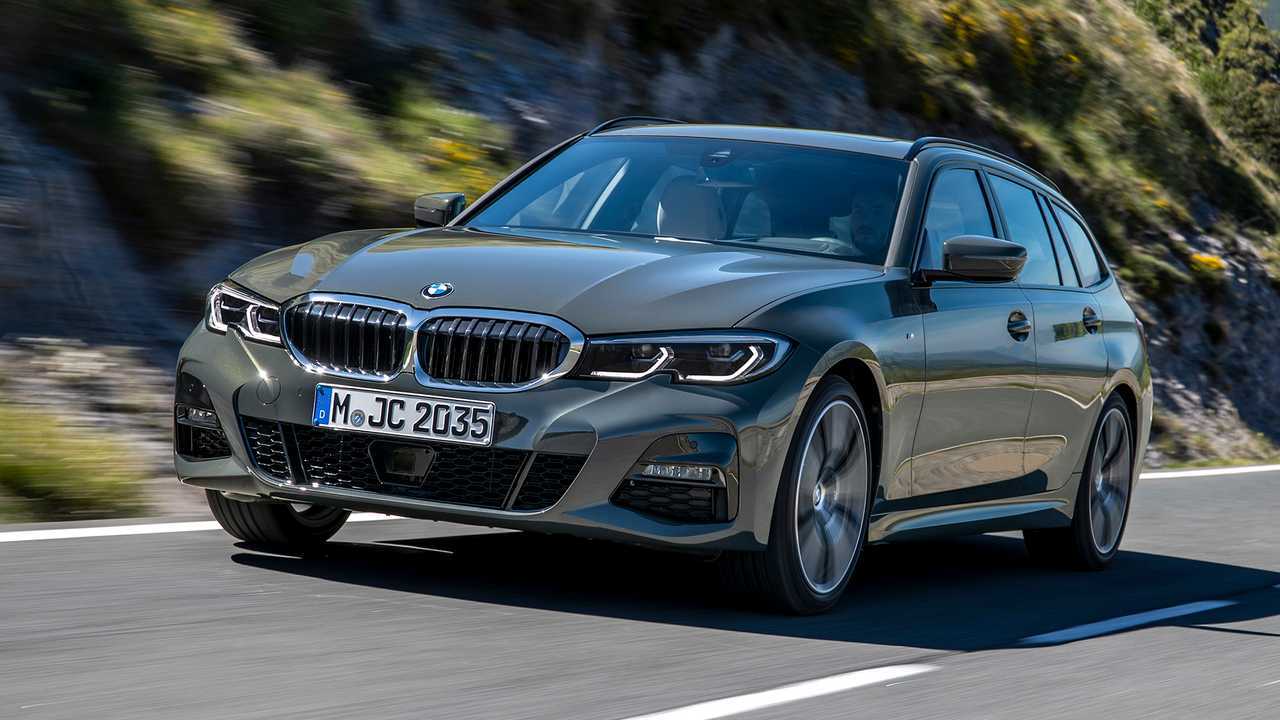 It's the more practical version of the latest 3 Series executive saloon.

BMW’s new 3 Series Touring estate has arrived in the UK with prices starting at slightly more than £35,500.

More on the new 3 Series Touring:

Slightly larger than its predecessor, the new estate gets the same latest-generation engines and chassis as the new four-door 3 Series saloon, as well as refreshed styling. It gets the same updated interior, too, complete with the new BMW infotainment system.

British customers will get a choice of three trim levels, with SE marking the entry-level offering. Priced from £35,505, it gets 17-inch alloy wheels, LED headlights and climate control, plus BMW’s Live Cockpit Plus infotainment system.

Moving up to the Sport model gets you 18-inch alloy wheels, black ‘Shadowline’ trim around the windows and air intakes and black leather upholstery. That’s joined by more gloss black in the cabin and seat heating for those in the front.

Topping the range is the M Sport trim, which ups the ante further with sportier bumpers and a dark headlining for the cabin. The M Sport model also gets all the black touches from the Sport model, plus M badging dotted around the interior and exterior.

Finally, the UK will also get a special edition trim level called M Sport Plus Edition. This will offer all the accoutrements of the M Sport, but adds 19-inch alloys, adaptive M Sport suspension and M seat belts. Some versions will also get an M Sport braking system and/or an M Sport differential, although this depends on the chosen engine.

Speaking of which, the 3 Series Touring is offered with a plethora of powertrains, with both petrol and diesel power on offer. The basic version is the 320i, which uses a 2-litre engine with 181 bhp, although customers can also choose the 255 bhp 330i, which is also a 2-litre unit. At the top of the petrol pecking order, though, is the M340i - a 3-litre six-cylinder engine with 369 bhp and four-wheel drive as standard.

There are three basic diesel options, too, ranging from the entry-level 318d, a 2-litre engine with 148 bhp, to the 3-litre, 262 bhp 330d, which is offered with a choice of rear- or four-wheel drive. Sitting between those two is the 320d, another 2-litre engine, albeit with more power than the 318d. Producing 188 bhp, the 320d is also available in rear- or four-wheel-drive guises.

A 330e plug-in hybrid version is also due to join the line-up next year, promising 288 bhp from its combination of 2-litre petrol engine and electric motor. BMW has not yet said how many miles the 330e Touring will manage on a single charge, but the company has issued provisional fuel economy figures of 122.8-156.9 mpg, with CO2 emissions of 52-42 g/km.