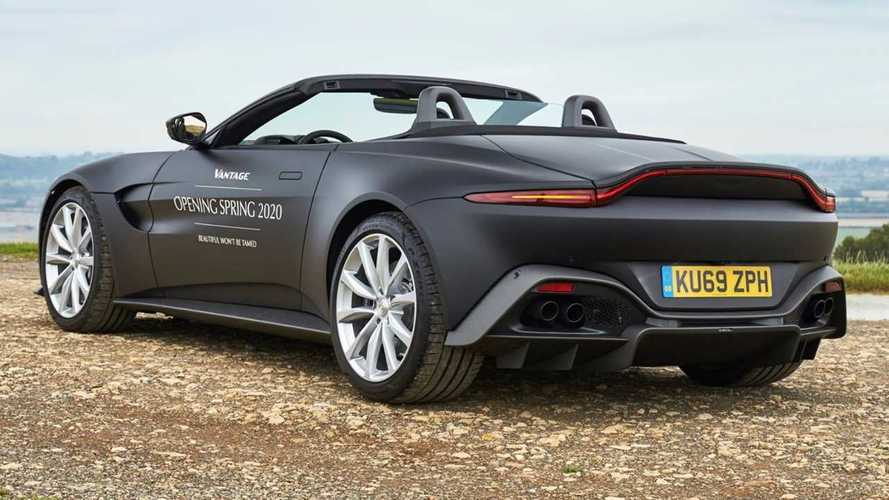 Speaking with Australian media back in March, Aston Martin’s Chief Creative Officer, Marek Reichman, announced the Vantage Roadster would be revealed before the end of the year. The Gaydon-based marque is now living up to that promise by releasing the first official images and details of its posh convertible ahead of a spring 2020 global launch. Looking exactly like you’d expect it to, the droptop Vantage – seen here in prototype guise – is stunning and might have what it takes to steer you away from buying a Porsche 911 Cabriolet.

You’ll be happy to see the car’s styling echoes that of the coupe as Aston Martin’s designers managed to retain the gorgeous lines of the standard Vantage while switching from a fixed roof to an electrically retractable soft top. The intricate roof mechanism corroborated with the additional body strengthening required after chopping off the upper area will add some weight and consequently have an impact on performance.

As a reminder, the Vantage coupe tips the scales at 1,530 kilograms and rockets to 60 mph in just three and a half seconds before maxing out at 196 mph. The performance loss won’t be a major concern for potential customers as the droptop thrills enhanced by a better aural experience delivered by the sweet-sounding AMG engine will certainly make up for that.

Speaking of AMG, Mercedes’ go-faster division will once again lend its twin-turbo 4.0-litre V8 in the 503-bhp specification, complete with 505 pound-feet of torque. It will be interesting to see whether Aston Martin is going to launch a more focused AMR variant like with the coupe, which is limited to 200 examples and offers a seven-speed manual gearbox, but less torque – at 461 lb-ft.

See the latest additions to the Vantage lineup:

The Vantage Roadster is a predictable addition to Aston Martin’s range and although pricing has not been announced, it will command a premium over the coupe in the same vein as the DB11 Volante is more expensive than its fixed-roof cousin. As a reminder, the Vantage coupe is available from £120,900 where the aforementioned AMR can be had from £149,995.