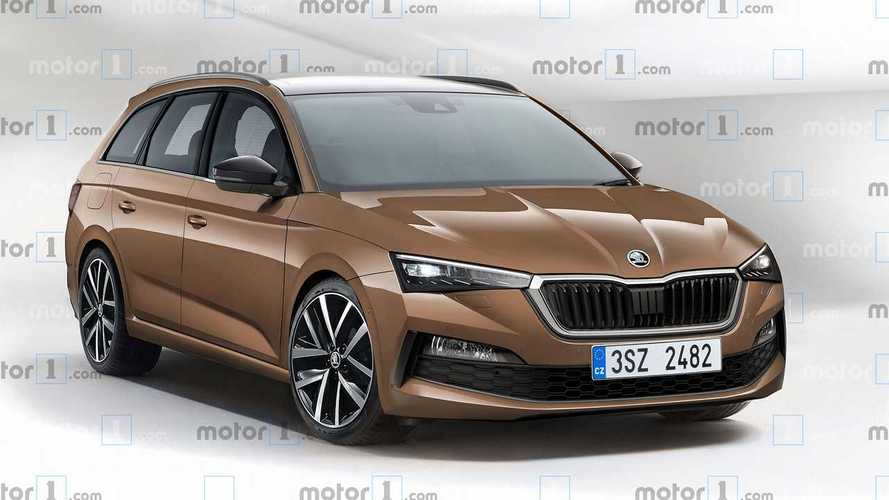 Your new go-to source for everything about Skoda's fourth-generation Octavia.

After seven years on the market during which it set new sales records for Skoda, the Octavia 3 is preparing for a well-deserved retirement to make room in the lineup for a more sophisticated successor. Unquestionably one of the Volkswagen Group’s cash cows, the Octavia nameplate is celebrating its 60th anniversary this year, which is one of the reasons the Mladá Boleslav company will take the wraps off its revamped core model before the end of 2019.

It’s by far Skoda’s most successful model, achieving 388,200 sales in 2018 or more than double than the company’s second and third best-selling cars. The modern Octavia single-handedly put the Czech company in the big leagues since its launch in 1996, growing in popularity with every new generation launched in Europe and other parts of the world. During its 23-year run, the Octavia has spawned a multitude of derivatives, from the sporty RS and versatile Scout lifted estate to the upscale Laurin & Klement and the eco-friendly G-Tec running on compressed natural gas.

Being a product coming from the VW Group, the Octavia 4 is unlikely to go through major design changes with the generation switch as the automotive conglomerate generally likes to take baby steps when it comes to updating a car’s design. That being said, spy shots have revealed the split headlight design will be abandoned as Skoda went back to the drawing board to come up with conventionally designed clusters reminiscent to those of the flagship Superb.

The edges of the headlights will meet the corners of what will be a wider grille to lend the car a more imposing front fascia, giving it a more powerful road presence. A newly sculpted bonnet was also visible on the most recent prototypes, as was a freshly designed front bumper hosting a new pair of fog lights to round off the changes at the front.

With the test vehicles still carrying a lot of body cladding, the appearance of the side profile remains somewhat of a mystery, although we’re expecting Skoda to make some subtle tweaks to the character lines and throw in new alloy wheel designs into the mix. The roofline and greenhouse will represent discreet evolutions of today’s model as only die-hard fans will know the difference between the new Octavia and the outgoing car just by looking at its side profile.

We already know some of the changes the O4 will be going through at the back since the test vehicles had cutouts in the camouflage on the tailgate to make the taillights visible. That means that for the first time ever, the Octavia will have wider rear lights extending onto the tailgate on both the liftback and the estate body styles to follow in the footsteps of its bigger brother, the Superb.

Speaking of Skoda’s crown jewel, the Superb recently received a mid-cycle facelift and it lost the rear corporate badge to make room on the tailgate for the company’s name spelled out in full, which is something we will definitely see on the O4. It’s a questionable trend that kicked off in China last year with the Kodiaq GT and has since been carried over to Euro cars like the Kodiaq, Karoq, Scala, Kamiq, and the Citigoᵉ iV.

What's under the bonnet?

The entry-level cars are expected to feature a turbocharged three-cylinder engine you’ll find in a lot of base VAG cars that offer the 1.0 TSI engine. It offers up to 116 bhp and 148 pound-feet of torque, which is an adequate output for those who simply want to get from point A to point B.

Should you need more oomph, the larger four-cylinder 1.5 TSI is rated at 148 bhp and 184 lb-ft in the current Octavia and a slew of other VW Group products. Moving higher up the ladder will reward customers willing to pay the premium with the 2.0 TSI producing a healthy 190 bhp and 236 lb-ft.

The already spied next-gen Octavia RS will either use an evolution of today’s 2.0-litre engine or switch to a hybrid powertrain possibly with a downsized combustion engine. Whatever form it will take, the hot hatch and estate duo is expected to at least match the 245 bhp and 273 lb-ft output of the outgoing RS 245.

There are also going to be 1.6 TDI and 2.0 TDI units accompanied by a new G-Tec model and quite possibly a plug-in hybrid derived from the next-generation Golf GTE. Speaking of the Golf, VW has already announced plans to implement a mild hybrid system in its best-seller to cut fuel consumption, while the bigger of the two diesels will be an Evo version considerably cleaner than before.

Depending on powertrain, the vehicle will be offered with manual and dual-clutch automatic transmissions and a choice between front- and all-wheel drive.

What Else Should We Know?

A minor bump in size corroborated with optimised packaging enabled by the updated MQB underpinnings could make the Octavia even roomier on the inside compared to its predecessor. Expect an abundance of rear legroom and a cavernous boot for both body styles of the range to once again make the Octavia the undisputed king of practicality in its segment.

The cabin will also be going through some major changes at the front where Skoda has come up with an entirely new dashboard design. A tablet-like infotainment system will take centre stage and is going to be accompanied by an upgraded all-digital instrument cluster. For the first time, the Octavia will finally have an electric parking brake, which should free up more space for storage between the front seats. A fancy two-spoke steering wheel was recently spotted on a prototype, and we’re expecting more upscale touches to separate the Octavia from the new Rapid-replacing Scala.

When Will We See It?

Skoda has told us the fourth-generation Octavia will premiere at a dedicated event in Prague, the Czech Republic on November 11. Some reports are indicating the estate will be revealed first since it’s the more popular body style in many markets, with the liftback to follow shortly. We’ll learn more about the O4 on October 24 when VW is going to take the wraps off the mechanically related Golf 8.