The irregular and rocky rise to a Red Bull F1 seat

Alexander Albon has traced an unusually difficult path Formula 1, but an impressive start to his rookie season has yielded a fast-track promotion to Red Bull. James Roberts sat down the son of a former touring car racer to discuss his ascent from karting to the highest echelon of motorsport...

Racing drivers who are the 'sons of' are nothing new.

On today's Formula 1 grid Carlos Sainz, Max Verstappen and Kevin Magnussen have descended from highly successful drivers in their own right. But there is another current F1 racer who is the son of someone who didn't quite reach the same heights.

Toro Rosso rookie Alexander Albon is the progeny of British Touring Car racer Nigel Albon, who did one season piloting a Renault 19 to fifth place in the Privateers Cup in 1994. His best result was 12th at Brands Hatch. 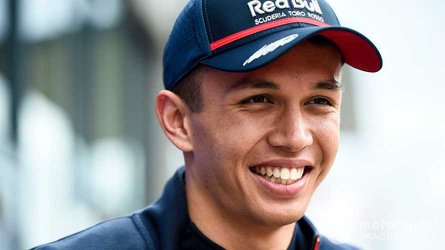 A few years later, Albon senior was twice champion of the Asia-Pacific Ferrari 355 Challenge but, perhaps sensibly, focused his efforts on developing the skills of his son Alex in karting.

"I was seven when my Dad first bought me a kart and we would go to our local track," recalls Albon Jr today. "He was everything for me. My driver coach, my mechanic. And that's how my passion for racing began."

Born to a British father and Thai mother, Albon and his sisters grew up in a large home in rural Suffolk and he recalls taking advantage of a plot of land to create a makeshift figure-of-eight course to practice racing on after school each day.

Born in March 1996 and growing up in the early 2000s, Albon is another - like Lance Stroll, Daniil Kvyat and many of his generation - who in childhood idolised Michael Schumacher.

"One of my earliest motor racing memories was going to Silverstone for the British Grand Prix and correctly winning a competition to predict the top three finishers. I had to go on stage - I was only about five or six - and receive a signed Michael Schumacher cap and shirt. I still have them somewhere." 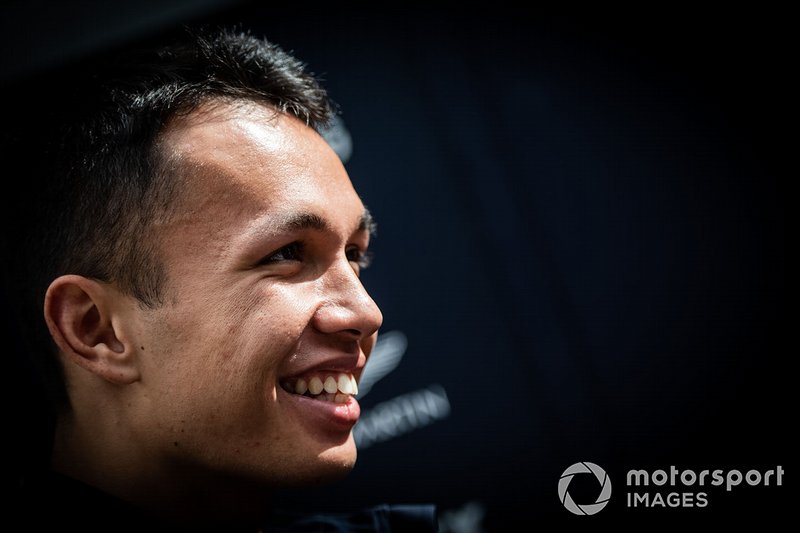 Albon competed in the UK karting championship and in 2008 was driving a Honda-powered kart when he had his first connection with Red Bull.

At the start of 2019, when he made his F1 debut in Australia at the wheel of a Toro Rosso-Honda, his motor racing journey had come full circle.

He was backed in karting through direct sponsorship from Red Bull Thailand (not the established Helmut Marko-run young driver scheme) thanks to the close links between Red Bull and the south east Asian country.

In the mid-1970s, a medicinal pick-me-up drink, Krating Daeng, containing taurine (from Taurus, the Latin for bull) was introduced into Thailand by an entrepreneur called Chaleo Yoovidhya. The logo on the bottle was familiar: two charging bison head-to-head in front of a yellow sun.

When, ten years later, a globetrotting Austrian marketer called Dietrich Mateschitz found the drink helped cure his jet-lag, he approached Yoovidhya with an offer and set up a company to sell Krating Daeng (which translates as Red Bull) abroad. The Thai family still have a large stake in the company, making Red Bull a successful export for the country, and from a marketing perspective it's significant a Thai driver is connected with the energy drinks firm today.

While the loss of the Malaysian GP has reduced F1's presence in south east Asia, the planned new race in Vietnam next year should help revive interest.

Near-neighbour Thailand has MotoGP and Superbikes and is slowing waking up to the fact Albon is representing their country on the world stage - and is the first Thai F1 driver for 65 years.

"I've just come back from Thailand and the support is growing," says Albon.

"Each GP weekend I spot of couple of Thai flags and although we don't race there it's amazing to see interest getting bigger. They have bike races in Buriram and that's big, but so is the tuning and drifting scene. Every taxi has a modified exhaust."

But having a Thai driver compete in a Red Bull-liveried car is not purely a commercial decision, as Albon's performances this year have merited his rapid promotion to Red Bull. 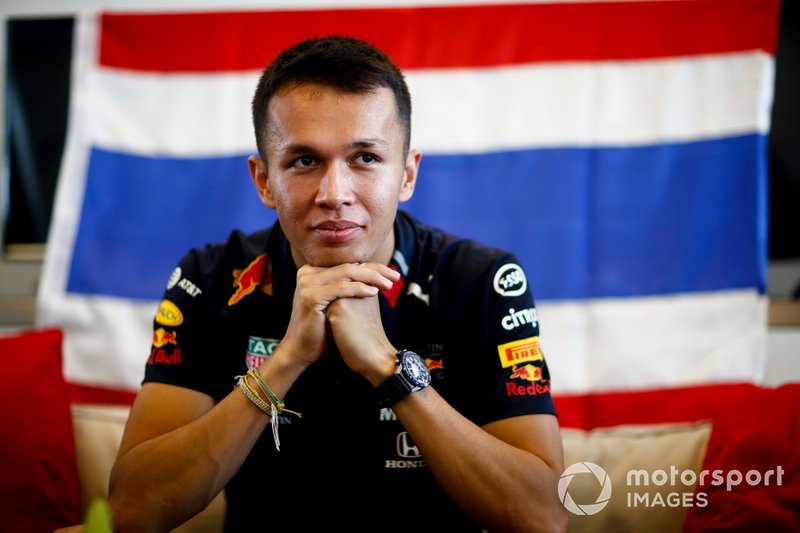 It's been a dramatic ascent for the youngster, who 12 months ago was contemplating a life outside F1.

Albon himself admits his junior career hasn't been particularly "fluid" and has featured a few "ups and downs", but last year in F2 he finished third overall (with four wins) behind Lando Norris and George Russell. Despite the strong year, his ascent to F1 might have easily stalled if it wasn't for Red Bull young driver boss Helmut Marko giving him a call over the winter.

Red Bull then had to extract Albon from a three-year contract with Nissan e.dams for Formula E.

The start of his season with Toro Rosso was tough due to the lack of mileage, but as F1 neared the summer break he had started to outqualify teammate Daniil Kvyat, and put in a sensational performance in the wet German GP.

As Pierre Gasly struggled with his own promotion to Red Bull, it became a no-brainer to hand the keys over to Albon and initiate a swap ahead of the Belgian GP.

In just 12 races he's proved he has the pace.

"I've been quite happy with my speed, surprisingly, as I thought it would take me a bit more time," he says, honestly.

"It's closing in on the final 0.2s or 0.3s where the real work comes. Yes, there have been mistakes, but that is all part of the learning curve.

"I'm know I'm coming quite inexperienced, so it will just be about taking things step by step. Hopefully we might pick up some results - but that's not the focus at the minute."

As his former teammate Kvyat and the demoted Gasly know, the environment of the Marko-run Red Bull young driver programme can be highly pressurised at times, but Albon exhibits a demeanour that looks as though he's handling the burden - and promotion - with ease.

"You shouldn't care too much about what people are saying, or keep looking over your shoulder. If you start worrying, that's when you put pressure on yourself when you don't need to. Franz Tost [Toro Rosso team boss] told me that as it's F1, I'm going to be in the spotlight the whole time. He says to not care about it, just drive fast."

So far Albon has been doing that and, despite his British roots, could well be the quickest driver to fly the flag from a south east Asian country.

In addition to the Red Bull links, it means that Thailand could play a serious part in F1's future.