Not too shabby for a car that weighs 2,295 kilograms.

The anti-EV crowd might have its reasons for preferring the good old combustion engine over an all-electric powertrain, but no one can deny that pure electric vehicles have become a lot more interesting in recent years. After Tesla pretty much single-handedly proved an entirely electric vehicle can be exciting even if it’s not a hypercar like a Rimac Concept_One, it’s now Porsche’s turn to demonstrate the performance benefits of having an EV.

Featured here in the range-topping Turbo S specification, the Taycan puts its dual-motor setup to good use in a real-life acceleration test. The folks over at Motorsport Magazine had the opportunity to take Porsche’s first EV from zero to 162 mph after switching the Sport Plus mode on and activating launch control for maximum performance.

Taycan is the talk of EV town nowadays:

According to the official specs sheet, the Taycan Turbo S does 0 to 62 mph in 2.8 seconds and the 0-124 mph run in 9.8 seconds, which is totally plausible as the car might actually be a tad quicker than advertised. For a brief moment, the zero-emissions Porsche hits its maximum speed of 162 mph, but perhaps what impresses more is that acceleration is still amazingly strong right until it tops out.

We also have to factor in the car’s weight as the Taycan Turbo S is not exactly a Lotus. At 2,295 kilograms, the EV is actually slightly heavier than a Cayenne Turbo. The SUV is much slower in the sprint to 62 mph, needing 3.9 seconds when equipped with the Sport Chrono Package or 1.1s more than the flagship all-wheel-drive Taycan.

If for whatever reason you’re thinking it could be even more powerful and faster, Hennessey has already announced plans to modify the Taycan. It’ll be interesting to see how tuners, in general, will extract more power from EVs, especially when this Turbo S already packs a mighty electric punch of 616 bhp or even 750 bhp with overboost. 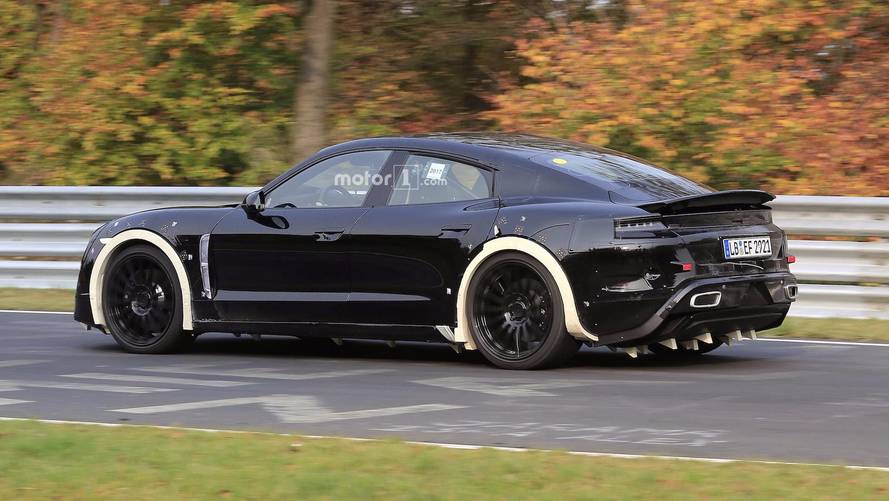