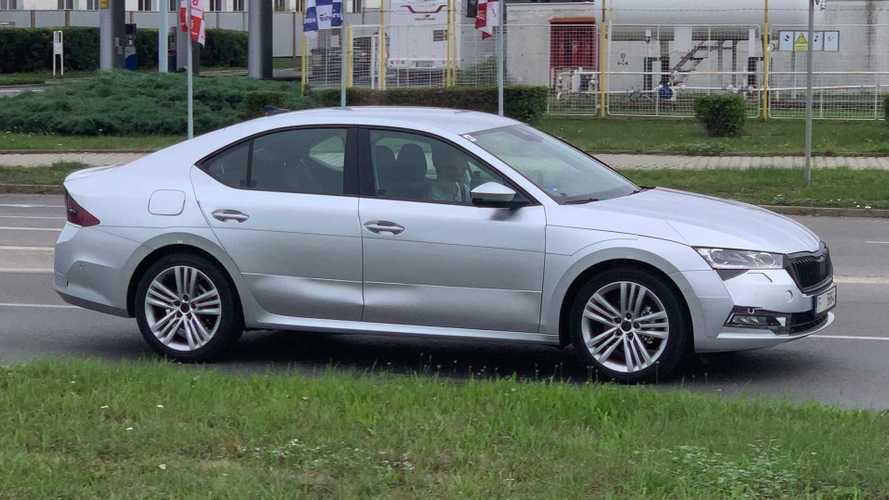 It might look undisguised, but there's still plenty of camo plastered all over the body.

We’ve seen our fair share of spy shots with the new Octavia, but this newest batch with Skoda’s future best-selling car might just be the best one yet. Taken somewhere in the Czech Republic by Garáž.cz reader Jakubovi Špačkovi, these spy shots might trick you into believing the car was camo-free. Before you jump to any conclusions like saying that it looks rather ungainly, you might want to know the prototype is still wearing a considerable amount of disguise.

Even though it may seem camo-free at a first glance, look closer and there’s fake cladding on the actual bodywork finished in the same colour in an attempt to deceive the untrained eye. It’s a type of disguise the Volkswagen Group has perfected over the years, with an old Audi Q5 prototype we spotted back in October 2015 featuring a similar deceiving look. The new Golf has been caught repeatedly carrying this type of camo, which is actually proving to be quite efficient.

Riding on 18-inch wheels in the Pictoris design, this next-gen Octavia test vehicle reconfirms the rumours about a return to the one-piece headlights, though they’re still covered by fake stickers. The same type of disguise has been applied at the back on the taillights, with small cutouts in the tailgate's cladding to make the reverse lights visible.

Even the front fog lights seem to be covered with stickers mimicking the design we recently saw on the 2020 Superb facelift. The corporate grille now meets the sides of the headlights to lend the O4 a more imposing look when viewed from the front. The parking sensors on the sides of the front bumper lead us to believe this is a high-end version equipped with Park Assist, a semi-autonomous system that helps the driver parallel park.

Skoda will unveil the Octavia on November 11 in Prague where we'll probably only see this liftback body style, with the estate to likely follow a few months later.

Special thanks go to Jakubovi Špačkovi for allowing us to publish the images.

Have a look inside:

2020 Skoda Octavia spied inside and out looking more upmarket