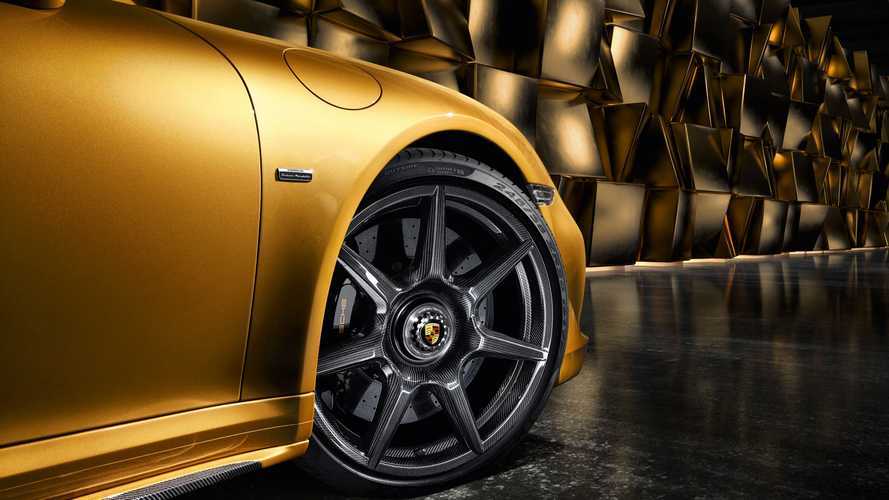 There's a specific way the Porsche crest should always point. No, seriously.

Here’s a healthy (or perhaps not healthy) dose of obsessive-compulsive disorder (OCD) courtesy of Porsche. We’re sure there are plenty of fussy Porsche owners who follow strict routines with regards to their machine, but after seeing this eye-opening (and admittedly humorous) story from Justin Westbrook at Jalopnik, we know exactly where that behaviour comes from.

Apparently, Porsche has a very specific way in which it installs its wheel centre caps. Yes, we’re talking about the small-but-noticeable caps adorned with the Porsche crest that you’ll find on every model from Stuttgart. At a recent Porsche event, Mr. Westbrook desired a bit of symmetry while snapping photos and manually spun a centre cap so it was nice and vertical on the wheel. Turns out that Porsche never, ever does that, and jumped in with a quick correction before financial markets crashed and apes took over the planet.

According to this report, the correct Porsche procedure is to align the base of the crest with the locking wheel lug, which is also supposed to be lined up with the valve stem. The reason for this is unclear, but since we’re rather OCD ourselves we sent an email to Porsche asking about it. In the meantime, we scoured our extensive collection of Porsche media photos and unsurprisingly we found plenty of centre caps lined up just as described, from the 911 to Cayenne and everything in between.

We don't know how long this has been a thing with Porsche. It's one of the questions we asked the automaker's PR team about this most bizarre, yet oddly appropriate exercise in fastidiousness. We went all the way back to a Motor1.com article from 2015, and yup, the crests are pointed towards the valve stems.

Now we don't feel so bad for clicking that oil filler cap a few extra notches so it's nice and parallel to the valve cover. Yes, it's hidden beneath a gigantic bonnet, but you know, it just feels better that way.