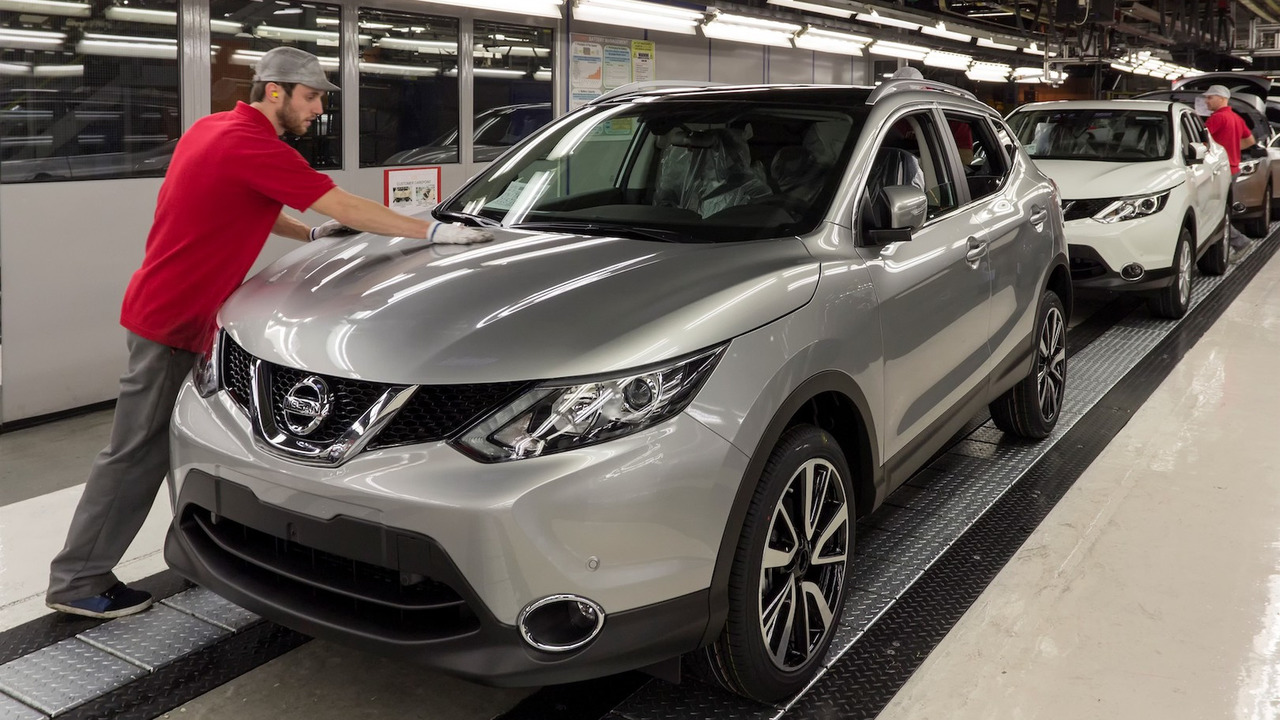 Britain's biggest car factory could be forced to shut as a result.

Nissan is reportedly considering moving SUV production out of the UK if Britain leaves the European Union without a trade deal.

The Japanese carmaker currently builds the Qashqai and Juke models in Sunderland, but production of those models could be moved to Spain or other overseas countries if a hard Brexit happens, according to Automotive News Europe, which also cites Reuters.

Nissan's Sunderland plant is the largest car factory in Britain, so the axing of two of its key models – the factory also produces the Leaf electric car – would be a huge blow to the UK's manufacturing sector. It could even force the closure of the plant entirely.

"Today we are among those companies with major investments in the UK who are still waiting for clarity on what the future trading relationship between the UK and the EU will look like," Nissan said in an emailed statement to Automotive News Europe.

"We urge UK and EU negotiators to work collaboratively towards an orderly balanced Brexit that will continue to encourage mutually beneficial trade."

The factory helped with Britain's record manufacturing numbers in 2016, a year that former prime minister Theresa May struck a deal with Nissan to ensure that the new Qashqai would be produced at the plant, with a Reuters source indicating in 2016 that the factory would receive support from the government.

However, a no deal Brexit has the potential to severely impact supply chains, leading Nissan to rethink its position. At present the factory exports 55 percent of its output overseas.

The news comes just days after Jaguar Land Rover announced it would be halting production temporarily at the beginning of November to coincide with the planned Brexit date. The Tata-owned firm joined BMW and Toyota, which had already made similar plans.

Vauxhall, which is owned by the French PSA group is also weighing up the long-term future of its Ellesmere Port plant in the north west. The factory's future has long been under threat, and a hard Brexit could be the final nail in the coffin for the plant as the company's owners look to turnaround the loss-making firm.