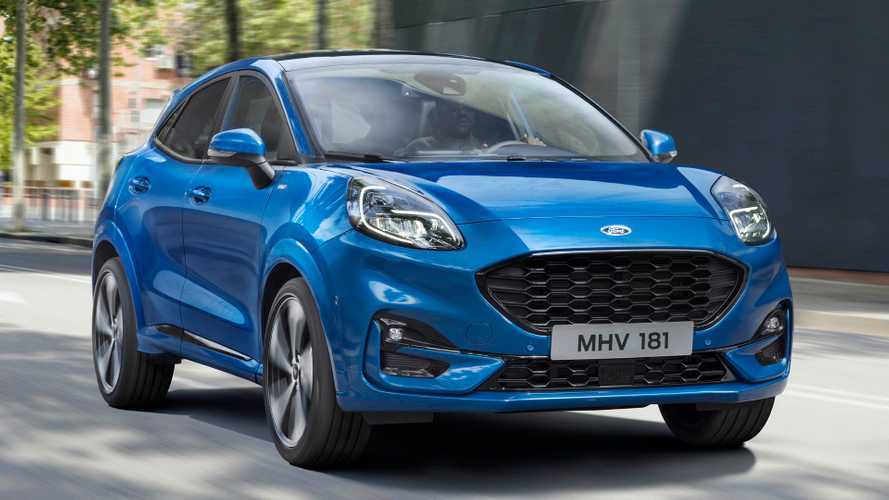 First Edition models will go on sale in January, with lowlier models arriving later in the year.

Ford’s new Puma compact SUV will become available to order next year, with prices starting at £20,845.

More on the new Ford Puma:

In a graduated launch, the special-edition First Edition cars will go on sale in January, while lowlier variants will follow “early next year”. As a result, the first cars to arrive with customers will cost a little more.

Unlike the old Puma - a two-door sports coupe of the late ‘90s and early 2000s - the new Puma is a small SUV designed to slot in between the Fiesta-based EcoSport and the larger Kuga in Ford’s growing range. Majoring on practicality and style, the newcomer was first revealed this summer.

Come the new year, though, the car will finally go on sale, with the cheapest First Edition model - the Titanium First Edition - coming in at £22,295. That car features comfort and safety technology packs that include adaptive cruise control and a rear-view camera, as well as heated seats and a heated steering wheel. Under the bonnet, the Titanium gets a 1-litre EcoBoost petrol engine with 123 bhp and a 48-volt mild-hybrid system designed to improve efficiency.

Alternatively, customers will be able to opt for Puma First Editions in ST-Line X trim, which gets sportier interior and exterior design features, as well as sports suspension, alloy pedals and LED headlights. There’s a fully digital instrument cluster, too, along with a power tailgate, 18-inch alloy wheels and a 10-speaker B&O Premium Audio system.

All that is offered with a choice of the 123 bhp EcoBoost engine or a more powerful 153 bhp unit. Like its less potent sibling, that engine is also a 1-litre affair with mild-hybrid power. Prices for the ST Line X First Edition will start at £25,195.

Should you have an extra £2,000 or so to play with, though, you can have the ST Line X First Edition Plus, which comes with the same equipment as its cheaper stablemate, but adds a couple of extra goodies. A panoramic glass roof is included in the £27,345 price tag, as are larger 19-inch alloy wheels. There’s only one engine on offer, though: the 153 bhp 1-litre EcoBoost mild hybrid.