Arnold Schwarzenegger arranges for a Tesla Model 3 for Greta Thunberg 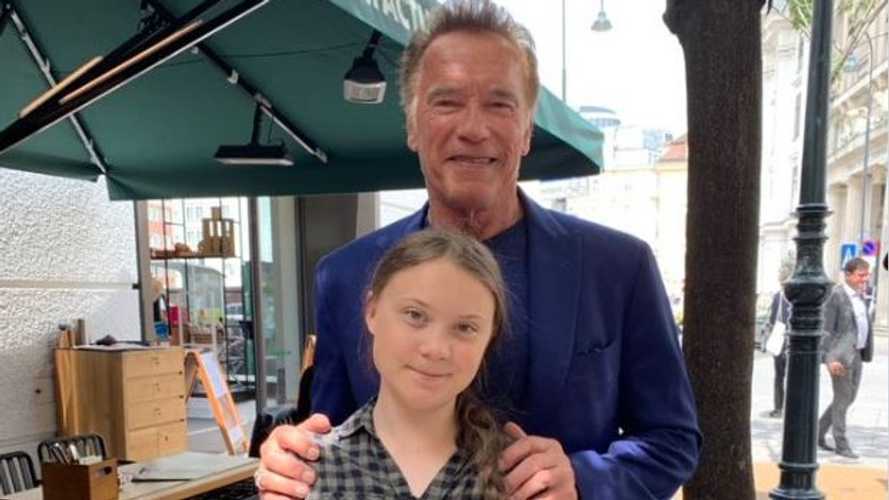 This is really not surprising at all.

For those unfamiliar with Arnold Schwarzenegger — perhaps aside from his fame as a bodybuilder and actor — he is the former governor of California, a state that takes climate change very seriously.

Schwarzenegger still speaks on a regular basis and is a hardcore EV advocate. In fact, he's currently working alongside Mary Nichols with nonprofit organisation Veloz for its “Electric For All” campaign. Nichols is the chairwoman of the California Air Resources Board (CARB). She was actually appointed by Arnie when he was the governor of California.

Government should 'back new diesels' to combat climate change

You've likely seen young Swedish climate change activist Greta Thunberg in the news lately. She's started travelling around North America, as she's involved with plenty of upcoming protests and events related to the topic of climate change. According to our good friends over at Teslarati, a spokesperson for Arnie told Car and Driver that Greta should reach out to him if she needs anything.

As a result of that statement, along with some other social media interaction, Greta and Arnie officially met. Not only that, but the former California governor has arranged for her to have a Tesla Model 3 for her travels. It only makes sense that a climate activist would be travelling in an emissions-free vehicle.

Thunberg has already taken the world by storm and she's only just begun. With the help and support of people like Schwarzenegger, Mary Nichols, a whole gamut of celebrities who are pushing for change, and even Elon Musk, hopefully, she can make a difference. Perhaps Greta, who's name is not unlike "Great," will make American great again?