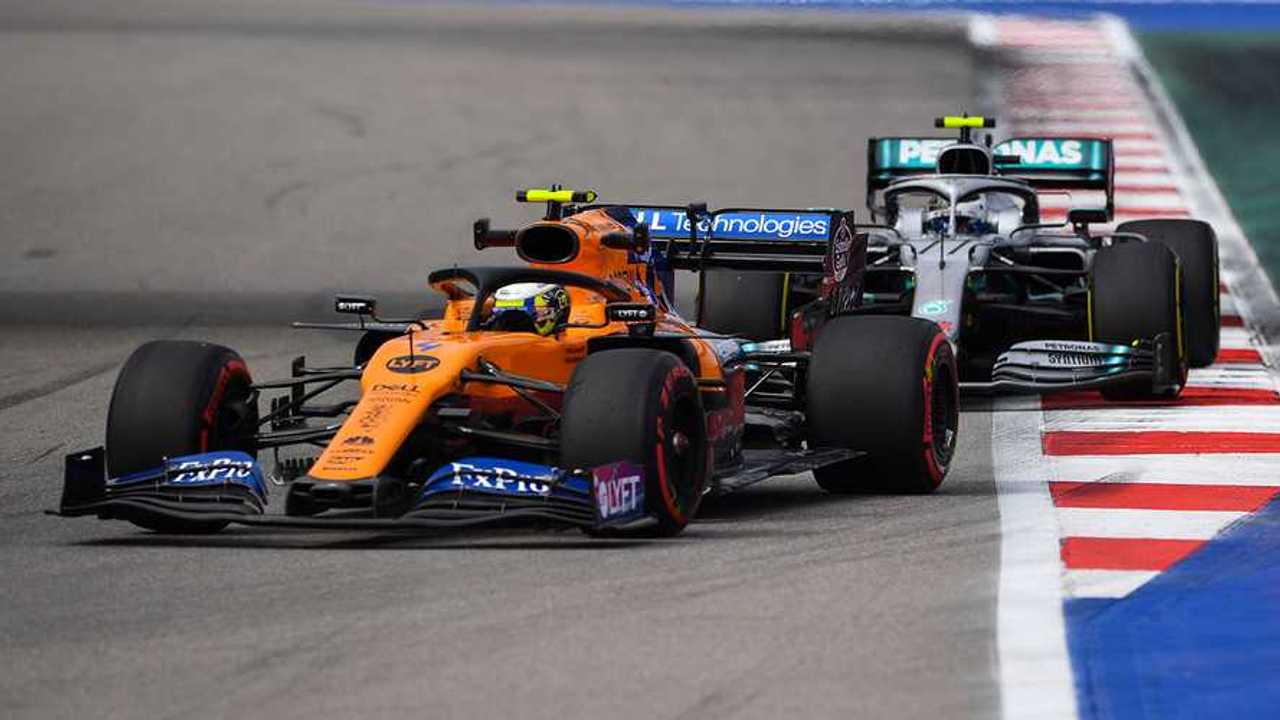 McLaren and Mercedes have officially confirmed that they will be reunited in 2021 in a Formula 1 engine supply deal that will last until at least the 2024 season.

The two parties were last together in 2014, the first year of the hybrid era, while McLaren waited for its Honda deal to commence in 2015.

The news means that McLaren's current engine partner Renault will head into Formula 1’s new era with no customers, and with the only engine used by a single team.

Renault and McLaren had joined forces in a “marriage of convenience” agreed in 2017, after the Woking team decided to part ways with Honda at the conclusion of that season. With Toro Rosso and then Red Bull moving to Honda, McLaren became Renault’s sole customer this year.

In discussing a new deal Renault was keen to push for closer cooperation with McLaren, potentially sharing IP on non-listed parts and so on in an attempt both to cut costs and help both teams to make progress while competing against teams that work in partnership with others.

However, McLaren preferred to stick to a straightforward engine supply deal, and the position of the two teams as direct rivals on the track this year clearly also played a part in McLaren’s thinking.

The move means that Mercedes will supply four teams for the first time since 2017, when it had Manor Racing – and that block of potential voting power may give some rivals pause for thought.

“This agreement is an important step in our long-term plan to return to success in F1,” said McLaren CEO Zak Brown. “Mercedes is the benchmark, both as a team and a power unit, so it is natural we would seek to secure a relationship with the company for the next phase of our journey.

“This announcement reflects the confidence of our shareholders and is an important message to our investors, employees, partners and fans that we are committed to returning McLaren to the front of the field.”

“Although the two brands share a prestigious history, this new agreement is all about looking to the future and beginning a new era of power unit supply for the years ahead,” said Mercedes boss Toto Wolff.

“McLaren have been putting in place the building blocks of their revival over recent seasons, including impressive performances this season with Renault power.

“We hope that this new long-term agreement marks another milestone for McLaren as they aim to take the fight to the sport's top teams, including our Mercedes works team.”

Renault F1 boss Cyril Abiteboul told Motorsport.com that he saw the loss of its sole customer as a “neutral” development, and while the company was happy to agree a new deal – based on the close co-operation outlined above – it does not see going it alone as a negative.

“Since our partnership began, McLaren has gone from ninth to fourth position in the Constructors’ Championship,” he said. “We can therefore consider this a very successful relationship. However, while looking beyond the terms of the current contract, which concludes at the end of 2020, it was apparent that Renault and McLaren have different ambitions for the future.

“Each of the different elements of this decision have been carefully evaluated over the past few weeks. 2021 will be a crucial season for all teams and it is important for us to have a precise and clear view of the strengths and ambitions of our competitors going forward.

“This decision is in line with Renault’s vision to become a works’ team, with a goal to return to the front.

“Renault will continue to honour its commitments to McLaren Racing next season, as has always been the case over our long history of engine supply.”