Suzuki Jimny pickup would be a brilliant little truck 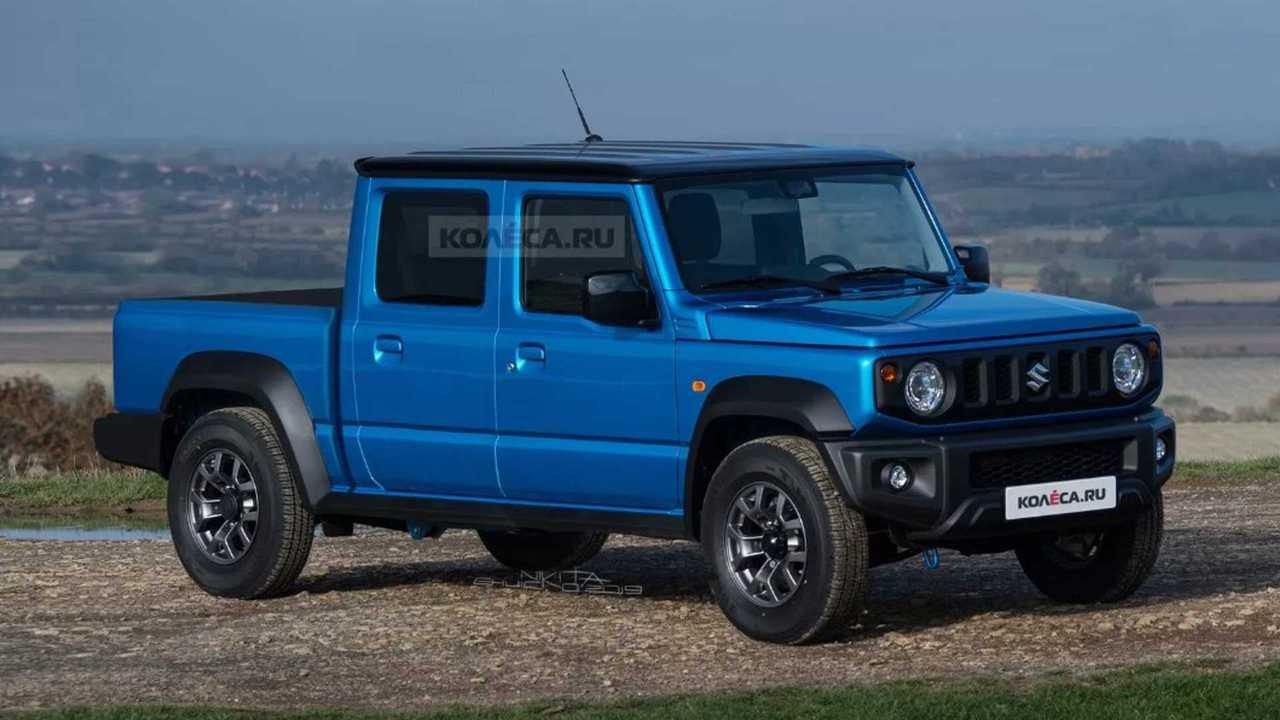 In the last few months, we’ve seen a fair share of modified Suzuki Jimny examples. These include the one-off Jimny Black Bison, the Jimny G-Class lookalike, the off-road Jimny concept, and the six-wheeled Jimny truck. Well, the last one was created in virtual reality but that doesn’t mean it wasn't cool.

In fact, we love the idea of a small Jimny truck. Our friends from Kolesa.ru seem to be on the same wave as one of their latest renderings presents a tiny pickup based on the Japanese off-roader. And it looks fantastic – the proportions are just perfect and the overall Gladiator vibe this car sends makes us wish it becomes real one day.

The recipe is pretty simple. Take the new Jimny, add two extra doors and a small cargo bed, carry over the factory model’s simple and functional design, and you are done. That’s pretty much the formula the designer of Kolesa.ru has followed and it works great. And if you wonder what a two-door Jimny truck could look like, Suzuki’s Jimny Sierra Pickup Style concept from December last year answers that question.

Unfortunately, we don’t really believe Suzuki is planning a truck based on the Jimny. We still have the regular tiny off-roader on sale but it’s available only to customers in Europe and some other markets, but you won’t find it at the brand’s dealers in North America.

How can you make a Suzuki Jimny more brilliant? Rooftop tent

If you are in the United Kingdom, for example, the Jimny could be yours for at least £15,999. The mini SUV is available in two trim levels, SZ4 and SZ5, both powered by a 1.5-litre naturally aspirated engine. The Jimny features a part-time 4WD system with low range transfer gear.